This past Wednesday, an off-duty FBI agent fired upon three suspected car thieves – hitting one of them in the back – while they were attempting to break into his vehicle, which was parked outside his home in Queens.

Police officials said the agent was sleeping in bed when he awoke to the sound of men attempting to steal a car radio.

The agent confronted the suspects and opened fire at approximately 5:17 AM.  He then called 911, telling the dispatcher that he may have hit one of the men in the back.

However, all three men fled in a dark colored car before police arrived on the scene, law enforcement officials said. 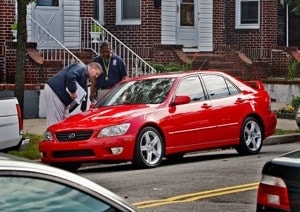 A short while later, a gunshot victim walked into Brookdale University Hospital.  He had a bullet in his back.

Investigators were waiting to question the injured suspect, but did say that he was in stable condition.

“We’re out here,” FBI spokesman J. Peter Donald told The NY Post on Wednesday. “There was a shooting involving an off-duty agent from the New York field office. I can’t guarantee you we’re going to have a conclusive finding today.”

Meanwhile, a neighbor was taken aback that the incident occurred on their quiet street, adding that the agent and his wife lived in the house with their baby and two dogs.

“Oh my God, the new couple? They’ve only been here for about a year now. They seem to be very nice,” Jordan Brown, told the Daily News. “Things like that don’t really happen around here.”

Bad things happen to good people.  That’s the world we live in.  However, when people are in a position to help themselves they often avoid becoming a victim, a statistic.

This off-duty FBI agent is, as The NY Post pointed out, “not allowed to be deployed to the field without his weapon.”  In other words, his job requires him to own and carry a firearm.

However, if he were a regular citizen and not and FBI agent, there’s a decent chance that living under New York City Mayor Michael Bloomberg’s gun laws he would not have the means to protect himself, his family and his property from those car thieves. 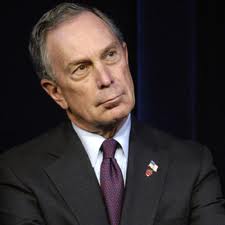 I say this because Mayor Bloomberg makes it exceeding difficult for one to exercise his/her 2nd Amendment rights. Case in point, the requirements and costs associated with obtaining a handgun license in NYC (not to carry concealed, but just to own a handgun):

Applicants must personally appear and submit a signed application to the License Division when applying. Fees may be paid by credit card or with two money orders. The application fee is $340.00. Effective March 19, 2012, the fingerprint fee is $91.50.

Additionally the approval process for a handgun license is completely subjective.  A disclaimer at the bottom of the section, “Your application may be disapproved for any of the following reasons,” states:

This list is not exclusive.  If your investigation results in a determination that you lack character and fitness for a license or permit, your application will be denied.

In other words, your right to self-defense is not a fundamental right.  It’s something you must be “fit” for, as determined by Bloomberg’s disciples.

So, between his failed stop-and-frisk offensive and his draconian gun laws, one has to – regardless of his/her position on guns – seriously question Bloomberg’s motives.  What are they?