Boston.com reports that a former US Navy SEAL has been sentenced to 17 ½ years in prison for attempting to sell smuggled guns and other military hardware.

Nicholas Bickle was what most people would consider to be an honorable citizen. He served with the SEALs for eight years, which included two deployments to Iraq. What Bickle did after the war changed all that. 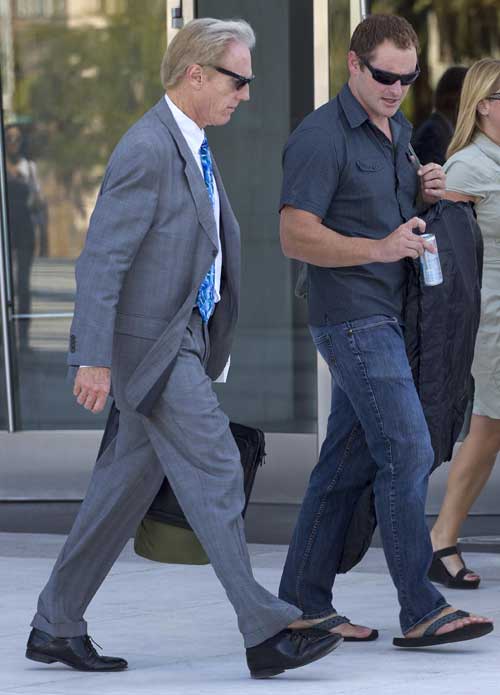 Bickle surrendered to federal authorities and received an “other than honorable” discharge as part of an investigation into an arms smuggling deal. Bickle was accused to attempting to sell machine guns, explosives, and other military gear that had been smuggled into America from Iraq and Afghanistan.

Bickle’s attorney, John Arrascada, argued to the court that Bickle was suffering from post-traumatic stress, and it was the PTSD that masterminded the scheme. Bickle was just “along for the ride.”

Prosecutor Phillip N. Smith Jr. wasn’t buying it. He argued that “The motive was profit.” US Attorney Daniel Bogden added, “The weapons trafficked in this case were not your ordinary firearms. They were fully-automatic machine guns that likely would have ended up in the hands of criminals.”

A federal jury found Bickle guilty of 13 counts of federal conspiracy and arms trafficking charges last October. Bickle made a final, sympathetic plea to the judge, “I just hope and pray the court affords me an opportunity to start over and be a productive member of society.”

The request fell on deaf ears. US District Judge Roger Hunt hit Bickle with the nearly two-decade-long sentence and added, “He felt, as a Navy SEAL, that he was above the law.” Hunt said that he commends Bickle for his service, but that doesn’t give him the right to break the law.

This case reminds us of that old saying: reputation takes a lifetime to build, but only a moment to lose.