The U.S. Army has put out a request to ammunition component manufacturers to develop a cartridge case out of non- traditional materials in an effort to reduce the weight of ammunition.

The request specifies that the cases must be lighter and still perform as well as existing brass cases, but is not specific as to what material needs to be used. The most likely candidates will be polymer. Polymer cases aren’t entirely new but getting them to work reliably is. 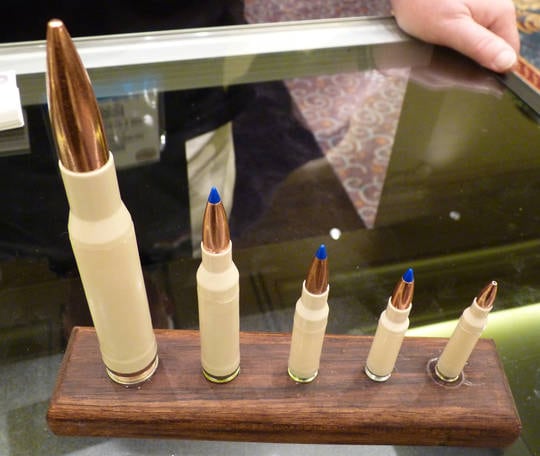 Polymer cased ammunition still uses some metal for the case head, as there are few materials that can withstand the chamber pressure of a fired round without rupturing. This multi-material construction has, in the past, led to split cases and other breakages that can make a gun inoperable, at least, temporarily. This would be unacceptable for military use, clearly.

More details about the call for cases include packing and shipping specifications, and basically say that this ammunition has to be as good as current ammunition in all ways, and it must be at least 10 percent lighter.

The weight savings is probably the easiest part to achieve. One case with a promising three-component case, PCP Ammunition, has manufactured polymer cases that weigh half what brass cases do, subsequently reducing cartridge weight by 25-30 percent, which is a huge savings. 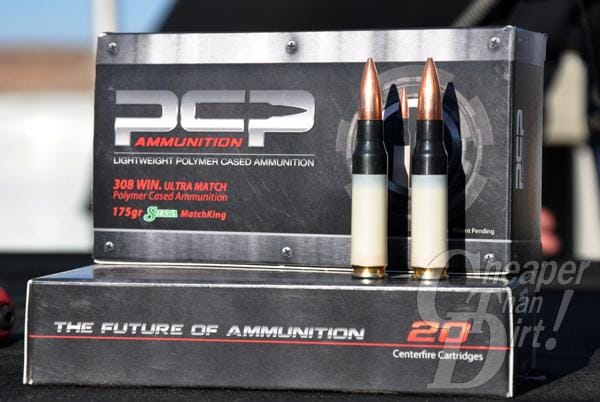 The last specification is the ability to deliver in quantity. The company or companies winding up with the gig to supply the famed Lake City Army Ammunition Plant must be able to produce at least 45 million cases a year in 5.56 NATO, 7.62 NATO and .50 BMG varieties. Once assembled, the U.S. Army expect to pay no more than $0.15, $0.20 and $0.25 for each cartridge, respectively.

One concern about polymer cases is overheating. Spent cases act as heat sinks and draw thermal energy out of a gun chamber. Without the heat exchange, gun barrels get exceptionally hot and can melt most polymers. PCP has been tweaking their technology to overcome this problem and expect to have their cartridges available on the open market by the end of this year.

We really hope that one or more companies come through with a viable polymer cartridge case. Not just to cut costs but to save weight. Everything helps, but lighter ammo will save lives.