Zimmerman Tells Hannity He Never Heard of ‘Stand Your Ground’

Earlier this week, Fox News’ Sean Hannity sat down with George Zimmerman, the man who shot and killed 17-year-old Trayvon Martin, for an interview.

During the exchange, Zimmerman told Hannity that he never heard of Florida’s controversial ‘Stand Your Ground’ law prior to the incident.

HANNITY: A lot of this case legally — and we are going to get to Mark in a few minutes here and ask him about a lot of legal aspects, because there are so many of them in this case — has to do with stand your ground. You have heard a lot about it. And I was just curious, prior to this night, this incident, had you even heard stand your ground?

HANNITY: You have never heard about it before?

Critics of SYG often argue that it engenders a vigilante mentality, encouraging gun owners to “shoot-first” or “kill at will.”
Consider Director of Communications, at the Coalition to Stop Gun Violence, Ladd Everitt’s characterization of the law and the impact it has on the public.

“By pushing “Stand Your Ground” laws, the NRA sends a clear message to the hotrods and wannabe vigilantes that’s it’s okay to buy yourself that new carry gun, bring it out into public and even use it without fear of legal repercussions,” he wrote in his article, “Why Stand Your Ground is Really Kill at Will.”

“Then, when the rest of us realize that we are walking our streets surrounded by armed individuals with questionable backgrounds and terrible judgment (like Zimmerman), the NRA is hoping that we too will feel compelled to arm ourselves in public. It is a strategy that is both cunning and sick,” Everitt continued.

But if Zimmerman is telling the truth, then SYG played no role in his decision to purchase a gun, to obtain a concealed carry permit, to survey and report the actions of Trayvon Martin the night of his death. 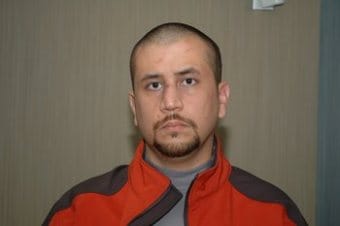 In other words, attempts to use Zimmerman as the poster child for this faux, SYG-created “kill at will” culture are now – again, if Zimmerman is telling the truth – untenable.

But even if Zimmerman is not telling the truth, the notion that there is a growing group of people who feel the need to shoot first and ask questions later as a result of SYG is still something that there is little, if any, evidence for.

Why is this?  Because the vast majority of gun owners are aware that SYG doesn’t give them a license to kill at will, rather it simply adds protections for lawful or ‘reasonable’ self-defense outside the home.

As Massad Ayoob, the internationally renowned firearms and self-defense instructor, pointed out in an address at the Cato Institute, the law still calls for ‘reasonable’ fear of imminent death or great bodily harm.

Therefore, if someone is acting unreasonably, or fails to show to a preponderance of evidence standard that he/she acted in self-defense, then SYG will not apply.  Nearly all gun owners understand this, or have some sense of what constitutes reasonable behavior.  In short, they have common sense.  And the small minority that doesn’t is either too crazy or stupid to learn it.  But that’s life.  There’s always going to be a few bad apples, independent of any law or rule.