As hard as it’s tried, the company formerly known as Blackwater cannot keep its name out of the headlines.

The latest Blackwater controversy involves a wrongful termination lawsuit from two former employees who claim that they were fired because they followed the company’s new code of ethics, reporting an instructor who falsified dozens of marksmanship tests for security contractors.

Additionally, the two seasoned employees, Robert Winston and Allen Wheeler, allege that the firm’s top brass made efforts to have them blacklisted with the State Department, which would prevent them from finding work with other defense contractors or private security firms. 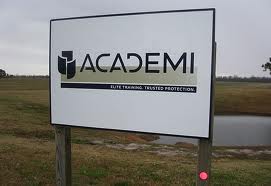 A spokesman for Blackwater, which now goes by the name Academi, John Proctor told Wired that the firm does not dispute the fact that a firearms instructor by the name of Timothy Enlow lied to the State Department about weapons proficiency exams for security guards, but stated that the men were let go because they waited too long before filing a report – 10 days.

“The company took swift and appropriate action to address a violation of its Code of Conduct and disciplined all those involved,” Procter told Wired’s Danger Room. “The response underscores the company’s commitment to the highest caliber of ethical conduct and business practices.”

But Wheeler and Winston contend that if it wasn’t for their report, Academi may have never noticed the falsification in the first place. Moreover, the two men said they only waited because they wanted to verify that their intel on Enlow was accurate.

As Danger Room pointed out, another central complaint lodged by Winston and Wheeler, is that Academi’s policy provides impunity for employees that report fraud, abuse or misconduct.

“We commit to you that ACADEMI will celebrate the courage of those who point out existing or potential issues, and that we will not retaliate against employees who raise legitimate ethical concerns,” new CEO Ted Wright assured employees in an employment document that Winston and Wheeler signed before arriving in Afghanistan.

Winston and Wheeler have been with Blackwater since its inception, circa 2000. Winston is a former Army Ranger and Florida cop, who worked some of the firm’s most controversial assignments: post-Katrina New Orleans and post-Nisour Square Baghdad and Wheeler, a former Ohio highway patrolman, served with the firm’s “quick reaction force” in Afghanistan.

However, despite their valuable experience working in the field, the two men are now on the State Department’s “Do Not Use” list.

When asked about whether the Academi submitted their names to the State Department’s “Do Not Use” list, Proctor did not have any comment to offer Danger Room.

From the looks of things, it would appear that Academi fired two quality contractors who did the right thing. Perhaps, in its ongoing effort to clean up its tarnished reputation, the firm is being hypersensitive, choosing to use the axe, instead of the scalpel when addressing internal issues.

For more on this lawsuit, check out the article on Wired.com. 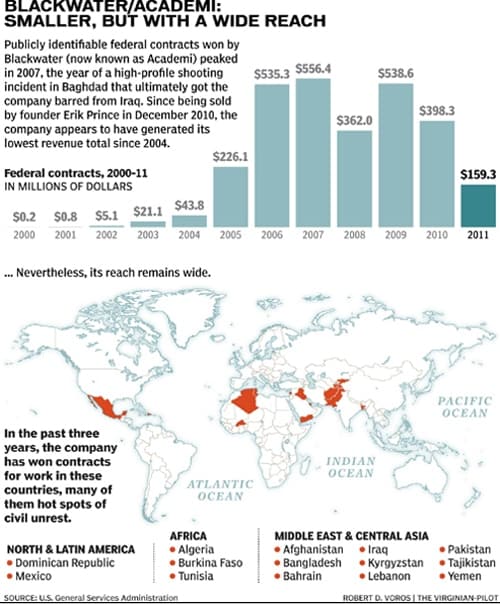