Colt’s Manufacturing Company LLC, the title sponsor of the 2012 Colt 3-man 3-Gun Championship, has announced an end to the two-part competition series. More than 55 teams from across the US and Canada vied for first place, but it was Clint Upchurch, sponsored by Colt, and Novekse shooting team members Jansen Jones and Rob Romero who formed the winning trio.

The two-month-long event started in May 20 at the Topton Fish & Game Association in Topton, Pennsylvania and ended on July 15 at the Colt-sponsored Peacemaker National Training Center in Gerrardstown, West Virginia.

Competitors ran through a two-match format, with the final match consisted of seven stages. These stages included three rolling thunder stages and four relay stages. The team with the highest combined score at the end of both events was declared the victor. 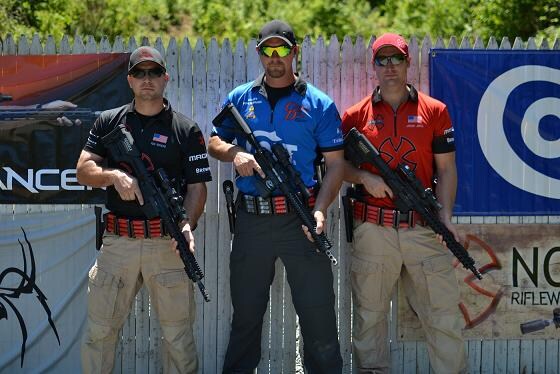 Even though Upchurch and the Jones-Romero pair with there to represent different companies, they worked well as a team and made an impressive showing. Upchurch said, “It was a thrill to shoot alongside Jansen and Rob on the various stages, and I am excited to see the continued growth and popularity of 3-gun shooting.”

The winning three received $6,000 in cash from Colt Manufacturing, which was split amongst them evenly. Colt is eager to continue backing the event. Joyce Rubino, Vice President of Marketing for Colt’s Manufacturing , said, “It was an honor to support an event that highlights top shooters and brings exposure to the 3-gun sport. We are looking forward to sponsoring more events this season and watching Clint’s continuing success.”

Colt’s lucky that their sponsored shooter secured the victory. If their biggest competitors took home the prize from this Colt-sponsored event, then boy would their faces have been red.