The Denver Post reports that concealed carry gun applications have hit a dramatic spike in the wake of the Aurora theater shooting tragedy.

Some members of the media may be blaming the availability of “assault weapons” in part for the Aurora shooting, but thousands of Colorado citizens aren’t buying it. Rather than pointing to guns as a scapegoat, people are flocking to gun stores in record numbers to buy a firearm. 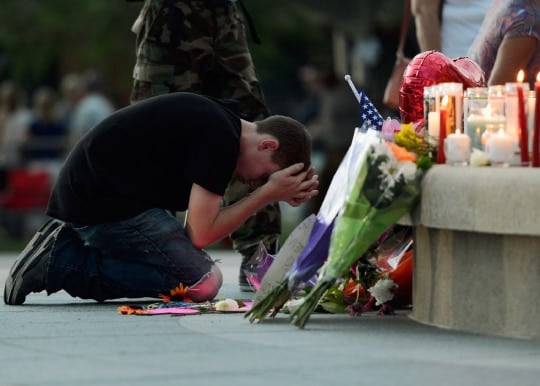 Jake Meyers, an employee at the Rocky Mountain Guns and Ammo in Parker, Colorado, thinks that people are buying guns because the Aurora shooting hit too close to home. He said, “A lot of it is people saying, ‘I didn’t think I needed a gun, but now I do.’ When it happens in your backyard, people start reassessing — ‘Hey, I go to the movies.'”

This isn’t a trend that’s unique to the Aurora shooting – gun sales tend to spike immediately after any criminal shooting spree. Gun sales jumped 60 percent in Arizona after a Tucson gunman killed six people, and Virginians turned to gun stores after the 2007 Virginia Tech shooting.

We aren’t calling this Aurora shooting a good thing by any means, but if this incredibly gloomy, gray cloud has an ever-so-slight silver lining, it’s that putting more guns into the hands of law-abiding citizens could possibly reduce the likelihood of another shooting massacre ever happening again.