Dark Knight ‘Copycats,’ is the Media to Blame? (VIDEO)

Since James Egan Holmes shot 70 people, killing 12 and wounding 58 others in an Aurora, CO, movie theater, there have been reports of at least 3 other ‘copycats’ in action, compelling many to wonder whether the media’s intensive, unrelenting coverage of the mass shooter inspires others to follow suit.

Criminologist James Fox put the question this way in one of his blog posts, “How often must we see the alleged murderer’s name in print and his face shown in photographs from happier times?”

Fox added that while it’s important for the media to cover breaking news, it should refrain from releasing detailed information about the sociopath who perpetrated the violence, as the attention the shooter is given may look attractive to the mentally unstable.

“It is perfectly reasonable to shed light on the tragic event without a media spotlight on the alleged assailant. It is shameless, if not dangerous, to transform” an obscure individual into “an infamous somebody who may be revered and admired by a few folks on the fringe.”

Fox explained that the media should draw a line at stories that seek to unearth a suspect’s background, those bio snapshots that include interviews with friends and neighbors describing the individual’s hobbies, habits and personality.

“It doesn’t help us understand what happened,” Fox said in an interview. “It doesn’t help us predict which individuals will do the same thing.” Besides, he continued, “It adds insult to injury to victims if you make the perpetrator seem like an icon or larger than life in the eyes of others.”

Based on the video below, Charlie Brooker would probably agree with that assessment:

But there are limitations to this position.  For one thing, and as Fox conceded, there’s little empirical evidence to suggest that the actions of one madman ignite the actions of another.

So, then, if there’s no substantive proof, why should the media change at all?

For many, the media shouldn’t change.  In fact, for many investigative journalists, in depth coverage of the shooter serves a higher purpose, as former crime reporter for the New York Daily News and vice president of Criminal Justice Journalists, David J. Krajicek, explained to the Washington Post. 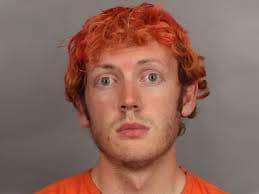 “The first question people ask is what kind of monster did this?” Krajicek told the Post.  “That’s our job as journalists.”

“These aren’t loving portraits [of the accused]. We put these people under a microscope to figure out their pathologies. They’re an object lesson for the rest of us,” Krajicek noted.

If these portraits do provide a lesson, an insight into human behavior, what exactly is it?

And thinking about it pragmatically, how do we implement the lessons we’ve learned to prevent future tragedies?

Personally, I’m resigned to the notion that crazy people will continue to do crazy things for a myriad of different reasons, few of which we – as a sane and rational society – can actually control.  Therefore, the best way to stop someone like Holmes from unleashing terror is to remain vigilant and to be prepared.

For an individual, living in a free society, it is up to you on how thoroughly you decide to do each.  For you, it may mean carrying a concealed weapon and avoiding gun-free zones, for someone else it may mean moving to cities like New York City or Chicago were guns are heavily restricted.  Either way, at the end of the day, bad things will inevitably happen to good people.