LaRue Tactical is preparing a second run of special limited-edition Costa rifles, endorsed by none other than Chris Costa. The initial run, announced earlier this year, was for the first 125 rifles off the line. LaRue Tactical sold those in the blink of an eye.

The second run is for rifles numbered 126 to 500, and will be available soon, although the exact date has not yet been announced.

The Costa Edition rifles are a premium piece of kit. Based on LaRue PredatAR chassis, the Costa Edition is a carbine-length AR-15-style rifle with a long tactical 13-inch handguard. The handguard has a single top rail and can be customized with included rail sections and rail covers.

Feature-wise the Costa Edition rifle brings a lot to the table, starting with a M4-length barrel, with a SureFire muzzle break pinned and welded into place (meaning it is not a restricted short-barreled rifle under federal law). The muzzle break doubles as a quick-detach suppressor adapter for SureFire silencers. The Costa Edition rifle has a special adjustable gas block for seamless transitioning to a suppressor without having to deal with gas pressure issues. 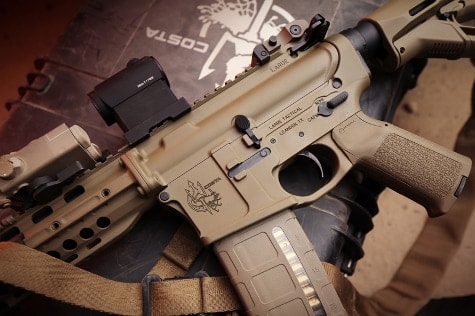 For furniture, the Costa Edition rifle is decked out completely with Magpul hardware, handguard not withstanding. It comes with a MOE grip, CTR buttstock, a pair of PMAGs and Troy BattleSight back-up iron sights.

The whole thing is finished with a flat dark earth Gun Kote by KG Industries and engraved with the “Costa Ludus” logo, Ludus being Latin for gladiator school. Both the lower and upper receivers will be serialized.

The rifle does not come with the Aimpoint or laser aiming module. Like the release date, the price has not been announced, although the first run of 125 cost $2,750. 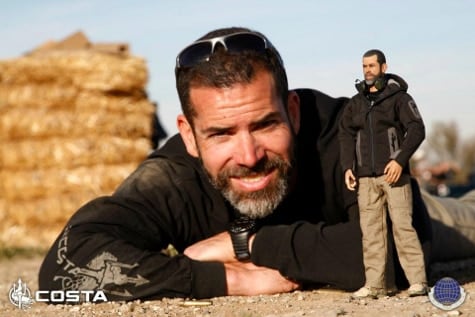 If you’re a fan of Costa but don’t want to spend nearly three thousand dollars on a rifle with his blessing on it, you may want to consider a Chris Costa action figure.