Oranges, Old People, and Guns: Florida on Track to Be #1 Concealed Carry State 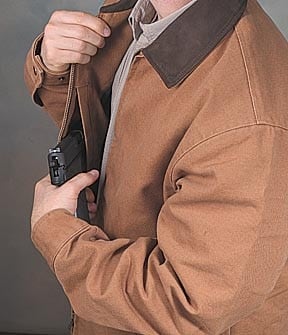 This current wave of concealed carry permits represents less than half of the 2.2 million permits that have been issued since they became legal in 1987, but a large number of those permits have expired due to their seven year shelf life.

Let’s put this into perspective a bit. With a population of approximately 19 million, approximately one out of every 19 Floridians will be carrying a concealed weapon. To put it bluntly: that’s a lot of guns.

The Florida Department of Law Enforcement conducts background checks on every person who buys a gun or who applies for a concealed carry permit, so they’ve been pretty good at spotting red flags. Putnam said, “There continues to be an extraordinarily small number of concealed weapons license holders who break the law.” The numbers seem to back him up – only 6,200 permits have been permanently revoked.

Could Florida be on track to become the national poster state for gun rights advocates?