It’s day number three for the London Olympic Games, and while the US wasn’t able to land any shooting medals, American skeet shooter Vincent Hancock is on his way to a gold medal.

In this competition, shooters fire a .17-caliber air rifle in a standing position at a distance of 10 meters. The shooters fire 60 shots within 105 minutes, and the top eight shooters follow with another 10 shots.

Things were looking good for Italian Olympiad Niccolo Campriani, who scored the best record in the qualification round with a score of 599 and 56 inner 10s. George Alin Moldoveanu of Romania matched the 599 score, but only secured 53 inner 10s. 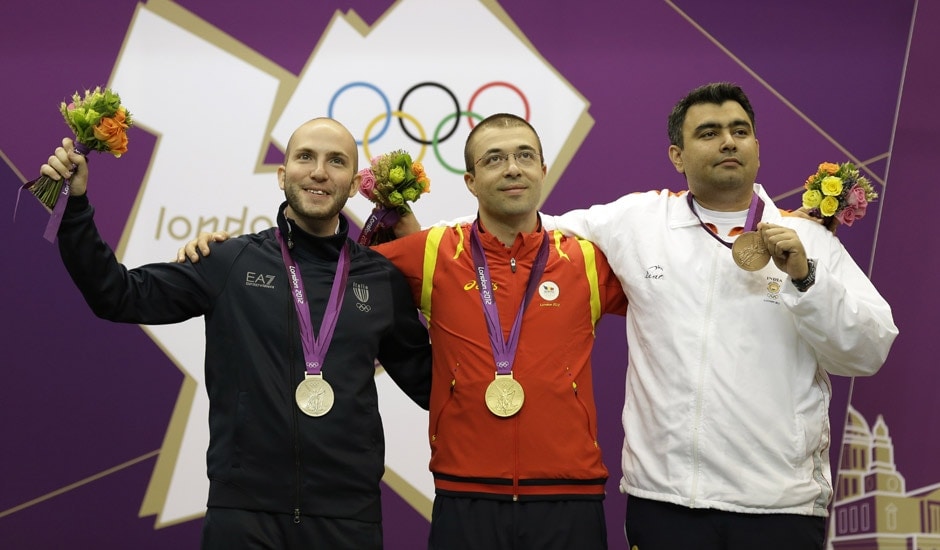 The other six qualifying shooters were Gagan Narang of India, Tao Wang of China, Illia Charheika of Belarus, Ole Maguns Bakken of Norway, Peter Hellenbrand of the Netherlands, and Pierre Edmond Piasecki of France.

Campriani wasn’t able to hold onto his early lead, as his total score of 701.5 was just barely beaten by Moldoveanu’s 702.1 for the gold. Narang secured the bronze for India with a score of 701.1. The humble Romanian shooter was a dark horse in the event, and he didn’t even think that he’d won after making the final shot. He told DNA News, “No, I didn’t know (I had won). I think the Italian coach told me. I’m overwhelmed, I cannot describe it in words. It is crazy.” 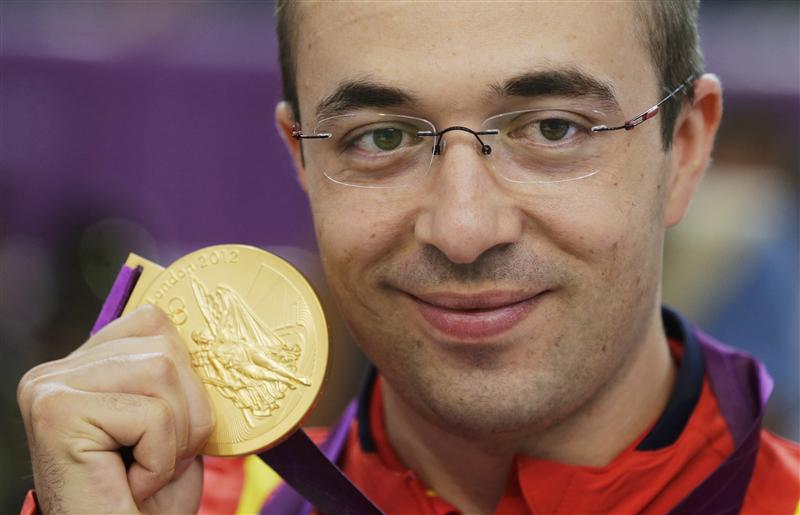 If you have an appropriate TV subscription service that offers NBC, you can catch the full replay here.

In men’s skeet, two machines set at varying heights fire clay targets in a specific order, sometimes as singles and sometimes as doubles. Men shoot at 25 targets across three rounds, and the top six competitors shoot an additional series in a final round.

So far, the US has made a strong showing. American Vincent Hancock, who set the world record in skeet shooting with a perfect 125 score, is currently in the lead position with a combined score of 74. He fired a perfect 25 in the first round and third rounds, but missed one bird in the second round. 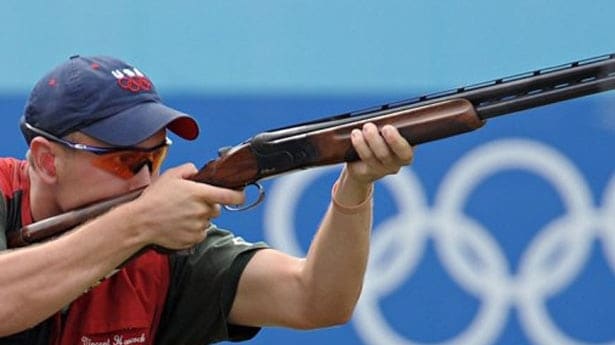 His next three closest competitors are Stefan Nilsson of Sweden, Anders Golding of Denmark, and Nasser Al-Attiya of Qatar with 72 points each.

American shooter Frank Thompson is one of the six shooters vying for a shot at the medal with a combined score of 71 each. He’s competing against Jan Sychra of the Czech Republic, Abdullah Alrashidi of Kuwait, Valeriy Shomin of Russia, Ennie Falco of Italy, and Nikolaus Mavrommatis of Greece. 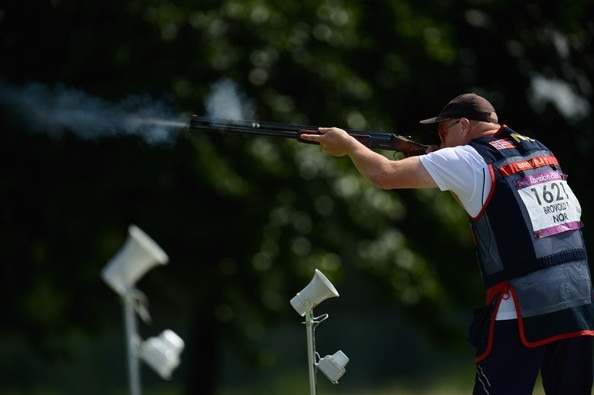 With only three of the five rounds completed, we can only speculate as to who among these world-class shooters will have an opportunity to gun for the gold. The way things are going, though, it looks like there’s a good chance that two Americans will qualify.

We don’t know about you guys, but we certainly wouldn’t mind it if American’s take home the gold and silver. Greedy? Maybe a little. Patriotic? You betcha.

For pictures of Olympic skeet shooters in action, click here.