In today’s events, the women’s 10 meter air pistol and skeet shooting, China continues to pull in more medals while America gains one — but that one makes Olympic history.

Starting with the women’s 10 meter air pistol, where the shooters shoot from the standing position with a .17-caliber air pistol, China’s Wenjun Guo took gold with a final score of 488.1. 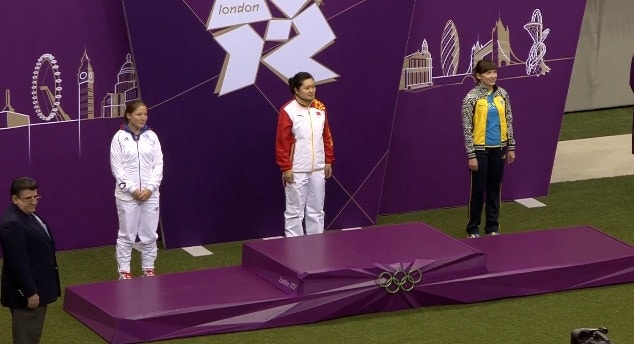 The 28-year-old Guo started off rough hitting an eight right off the bat in the final round, but she pulled through scoring a 100.1.

Silver medalist Celine Goberville of France scored 387 and 99.6 in the final round. Goberville will also be competing in the 25 meter pistol competition.

Lastly, Ukraine’s Olena Kostevych wins bronze with a total score of 387 and a final round of 99.6. (Hey that’s identical to Goberville’s?)

For more pictures and video of the event, click here.

As most expected American Kim Rhodes wins gold becoming the first American to win five individual medals in five straight Olympics. And she did it in Olympic-style by scoring 99 points out of a possible 100 (For video, click here and pictures here). 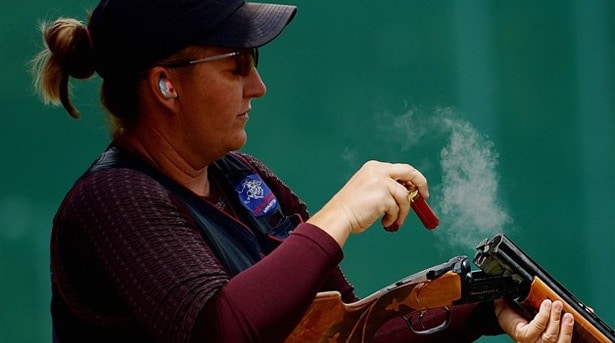 “It’s just been an incredible journey,” Rhodes said to the AP. “And ultimately, I couldn’t be happier for bringing home the gold for the United States.”

This win puts Rhodes at three gold, one silver and one bronze. However, she’ll also be competing in women’s trap shooting on Aug. 4, so we might see four. 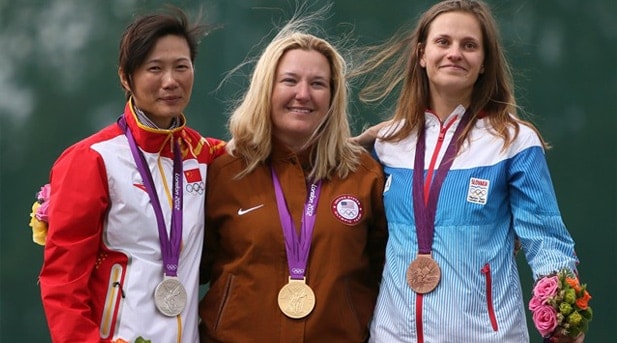 For more on Olympic shooting check back with Guns.com. For all other gun news and reviews, check out the Guns.com news feed.