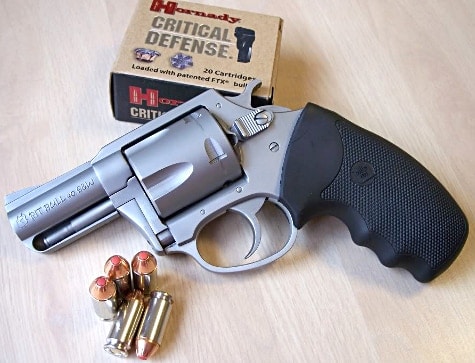 The delay between .40 and 9mm has been quite long, and it’s apparent why. The 9mm isn’t just a rechambered version of the .40, it has significant changes.

Starting with a different frame and cylinder—the 9mm is based off Charter Arms’ .357 Magnum frame, while the .40 S&W was built on their .44 Special. The 9mm has a six-shot capacity, up from five. The frame itself is stainless steel with a soft bead-blasted finish. It has a neoprene, not rubber grip, and actually weighs a couple ounces more unloaded, 22. The overall dimensions are that it is 6.75 inches long, 5 inches tall and has a 2.2-inch barrel. 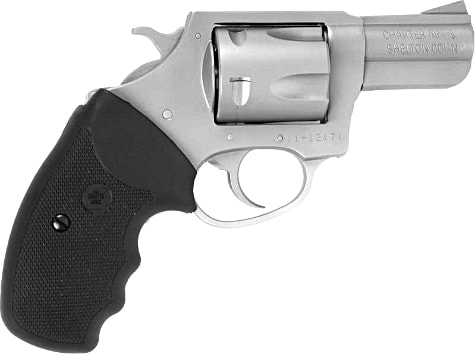 The most unique feature about the Pitbull, in either 9mm or .40 S&W, is the ability to use rimless cartridges without the need for moon clips. The Pitbull has an unusual star extractor with spring-loaded tabs that insert themselves into the extractor groove, and load and unload similarly to revolvers using traditional rimmed cartridges. 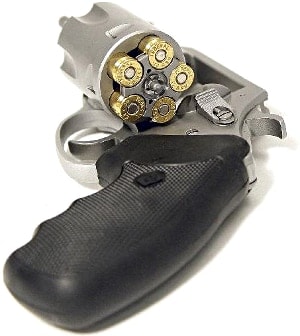 President of Charter Arms Nick Ecker said, “Shooting enthusiasts will appreciate owning an American-made revolver in 9mm and finding ammo is readily available and affordable. With its reduced recoil, the PITBULL is user friendly for even the beginning shooter.”

We really expect this new Pitbull to be popular. By releasing the .40 first, Charter Arms made sure that they could work out any unforeseeable kinks ahead of their big launch which is definitely the 9mm Pitbull. The end result, a 6-shot 9mm in the same package as most 5-shot .38s is going to draw a crowd. (Note that these photos show the 5-shot .40; photos of the 6-shot 9mm are sparse.)

The improved ballistics of 9mm over most .38 Special loads alone make the new Pitbull appealing, but the MSRP is spot-on. The 9mm Pitbull has the same list price as the .40, $465. Real-world prices for the Pitbull are about $400 or less.

This is definitely one revolver we want to get our hands on and put through the paces. While Charter Arms is not famous for making the prettiest or the most polished revolvers, the truth is they’re making something very different. And that counts for quite a bit.