It’s been a great day for the United States of America in the Olympics, especially in skeet shooting. For the first time in these Olympic Games, the U.S. has squeaked past China with the most overall medals with our 18 to their 17. We’re still three gold medals behind their impressive nine, but thanks to star athletes like Vincent Hancock, we’re on our way to catching up.

Yesterday, the male skeet shooters completed the first three of five qualifying rounds. Hancock was the favorite to win at the top of the scoreboards, and he was able to maintain that streak throughout the rest of the qualifying round. He shot a 24 in round four and a perfect 25 in round five for a cumulative score of 123 – just two missed shots. 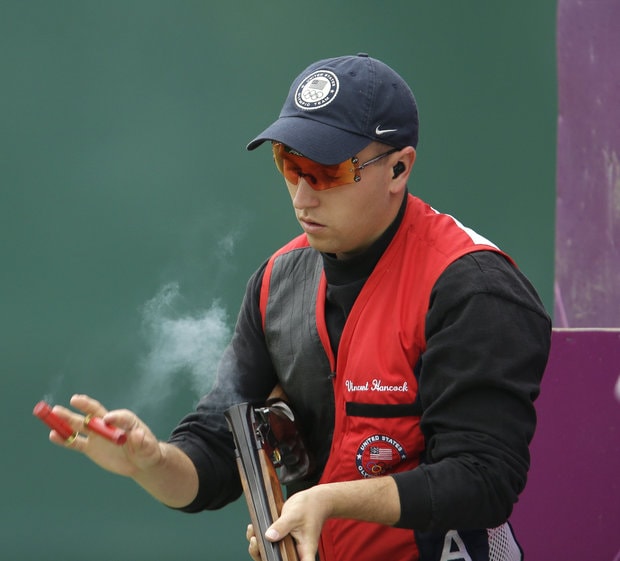 Anders Golding of Denmark and Valeriy Shomin both beat Hanock in the final two rounds by shooting perfect scores, but their imperfect earlier rounds left them with scores of just 122 and 121, respectively.

The other qualifiers were Nasser Al-Attiya of Qatar with 121, Luigi Lodde of Italy with 120, and Jan Sychra of the Czech Republic with 120.

Each of these six men went on to fire an additional 25 shots to determine the best of the best. Vincent Hancock readily stepped up to the plate by shooting a perfect round and setting a new final Olympic record with a total score of 148 (U-S-A! U-S-A!). 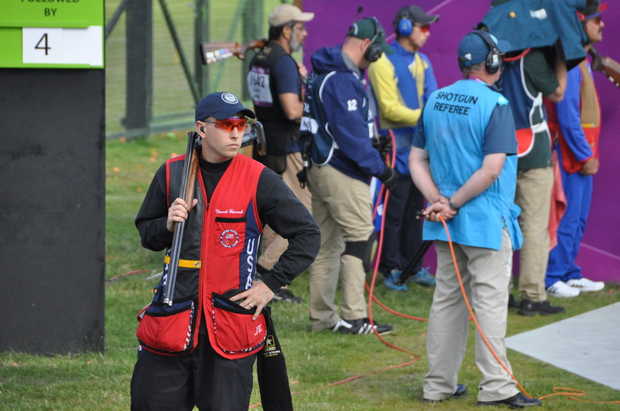 The message we’re sending to the world is that the US dominates the sport of skeet shooting, hands down. With Kim Rhode winning the gold for the women, America will have two glittering shooting medals to add to the collection. 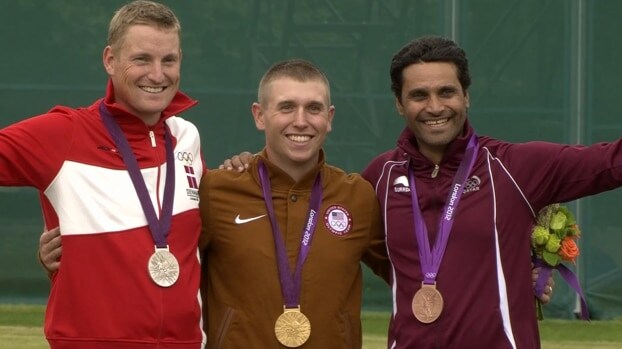 Hancock also made history by being the first ever male shooter to win two consecutive gold medals in skeet. Let’s hope that in a few years he can pull off a hat trick!