The first day of August marks the women’s 25 meter air pistol event in the London Olympic Games. Unfortunately, the U.S. wasn’t able to maintain the gold medal streak established by ace shooters Kim Rhode or Vincent Hancock, but the markswomen who performed in this medal competition made an impressive showing.

Formerly known as “sport pistol,” this shooting event requires athletes use 5.6mm caliber air pistols with a maximum weight of 1.4 kg. They shoot four series with five shots each, and they only have three seconds for each series. That means that they have less than 0.6 seconds to line up each shot. 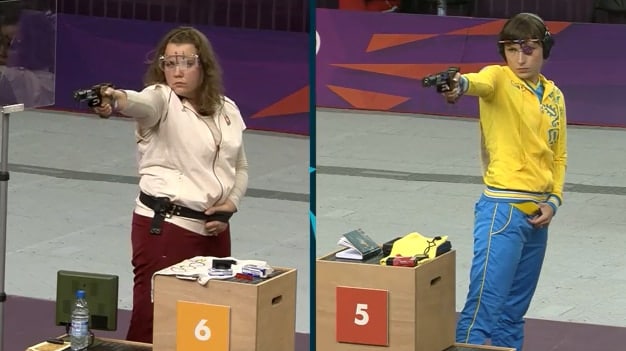 Jangmi Kim of South Korea set a commanding lead with a total score of 591 in the qualifying round, setting a new Olympic record. Her closest competitors were Tanyaporn Prucksakorn of Thailand with 586 points, and a three-way tie between Ying Chen of China, Kira Mozgalova of Russia, and Olena Kostevych of the Ukraine with 585 points each.

The other qualifiers were Zsofia Csonka with 584, and after a short tie-breaker round for the 583 scores Yung Suk Jo of North Korea and Zorana Arunovic of Serbia secured the last two slots.

American Sanda Uptagrafft did not qualify with her score of 576, which put her in 28th place.

The standings got shuffled around quite a bit in the finals. Jangmi Kim was able to hold onto her lead and win Olympic gold with a total score of 792.4. 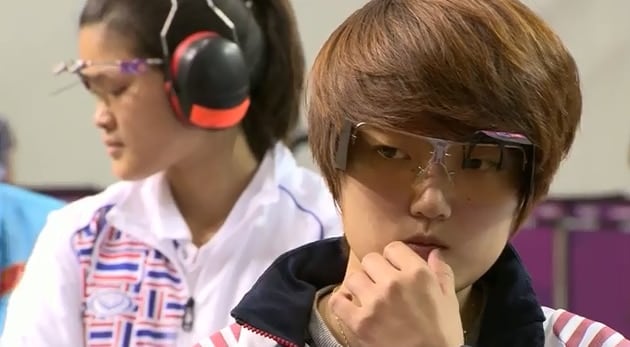 Thailand’s Prucksakorn, on the other hand, plummeted from second to eighth place with a final score of 778.4, allowing Chen to jump up to second place her 791.4 score. Kostevych secured the bronze. 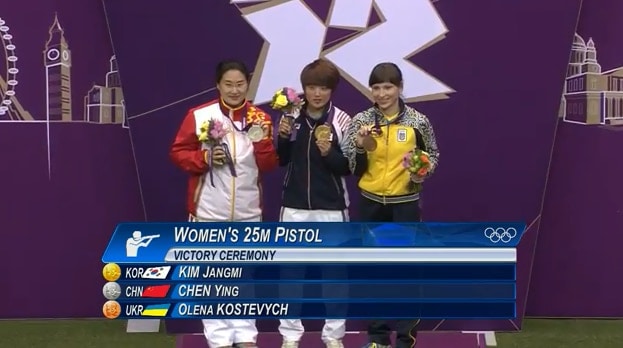 We wouldn’t mind seeing a bit more red, white, and blue up there, but what can we say? These ladies earned it. Hopefully, U.S. shooters will be able to redeem themselves of this loss tomorrow in the men’s double trap final.