It’s not every day that you hear the police give a civilian a warm “thank you” for entering a lethal shootout, but that’s exactly what happened in Early, Texas on Sunday. But before we get into the heroic civilian shooter, let’s back up a bit.

See a Man About a Dog

It all began, innocently enough, “as a squabble over dogs.” David Michael House, 58, and Iris Valentina Calaci, 53, were both residents at the Peach House RV Park in central Texas. They were also dog owners, and their pooches allegedly had a nasty habit of relieving themselves on the lawn of neighbor Charles Ronald Conner, 58. 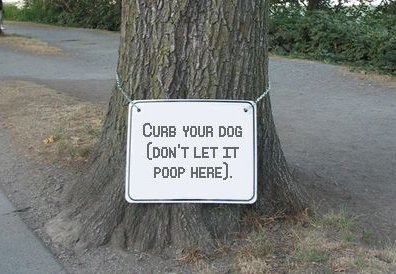 According to eyewitnesses, Conner approached House about his dog, and an argument broke out. Rather than dealing with the confrontation like a normal human being, Conner allegedly went back to his RV, got his gun, returned to House, and lethally shot him.

The gun shots prompted Calaci to run screaming from her trailer home, but she didn’t get far. Conner chased her down, shot her once and then fired another shot into her, execution style.

Amazingly, Conner’s shooting spree didn’t end there. He also shot and killed the two dogs that, in his confused mind, started the mess. 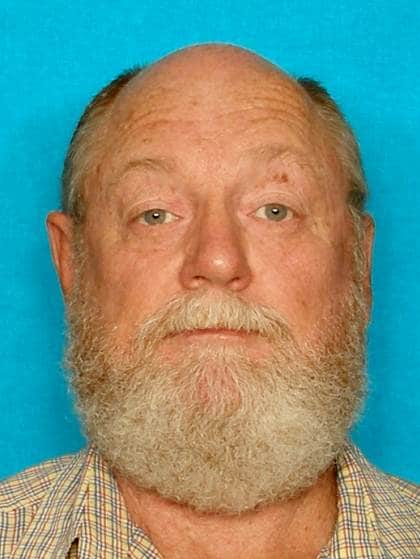 Fatally shooting your neighbors over an issue of dog doo might seem absurdly over-the-top to normal people like you and us, but it might have appeared perfectly sensible to Conner. Conner’s family explained that he had “mental problems.” Police later found a notebook in Conner’s trailer with nearly incomprehensible “ramblings.”

Conner might’ve been able to get a lenient sentence in court due to his troubled mental state, but that day will never come – there was to be one more shooting on that tragic day, this time in the name of defense.

Sgt. Steven Means of the Early Police Department came rolling onto the scene, but he had barely gotten out of his car before Conner began opening fire on the officer. Means took cover behind his police car and returned fire with an AR-15, but Conner maintained cover behind a tree. Eyewitnesses report that this positioning gave Conner the upper hand over the out-gunned police officer.

Means and Conner weren’t the only two people with their attention riveted on the gun fight. Vic Stacy, another resident of the RV park, saw the gun fight break out as he was watching TV in his mobile home and thought to himself, “I’m going to see what’s going to happen here and if I need to I’ll, you know, get in on it.”

Stacy, who had a seen Conner around his trailer park and described him as “off the wall”, watched the gun fight for a few moments and concluded, “I think (Conner) is gonna take (the officer) out if I don’t help him out.”

So, that’s when Stacy decided to act. Conner may have had excellent cover against the Officer Means, but Stacy was in a flanking position that gave him the perfect vantage point. Stacy recalled, “I had a side view of that man the whole time standing there, and I thought, I’m fixin’ to put one in him, if I can.”

Stacy raised his gun, fired, and landed one hell of a shot – by his estimate “a good 165 yards” – with a pistol (we do not know the make or caliber at this time). Stacy wasn’t even sure if he could make the shot at that distance: “I hope this magnum bullet’ll hold up, you know, this distance. And sure enough it did and I hit him in the thigh.”

At that point, Conner returned fire against Stacy with his AR-15. He missed his shot, luckily, but that gave dead-eye Stacy another opportunity to pull the trigger. Stacy “hit him again and put three more in him … The patrolman got two shots in him with that AR-15. And it seems like he’s all over with, then.”

Conner died on the scene, but if it wasn’t for the aid of Vic Stacy, the body count might have been a lot higher.

Thanks for the Help!

More police arrived on scene an promptly threw Stacy in cuffs, but after Officer Means cleared up what had happened they released Stacy. Brown County Sheriff Bobby Grubbs later said, “The citizen that fired these shots did a tremendous job out there. Had he not had a gun and the presence of mind to do this, we don’t know what the outcome would’ve been.”

It is currently unclear as to whether it was Stacy’s shots or Officer Mean’s shots that delivered the killing blow. Either way, the police are not planning to press charges against Stacy. If anything, they should give him a medal.

Police and RV park residents alike have been calling Stacy a hero, but he’s rejected the label. He said that he’s just an “average workin’ person” who was just “trying to help an officer out.” 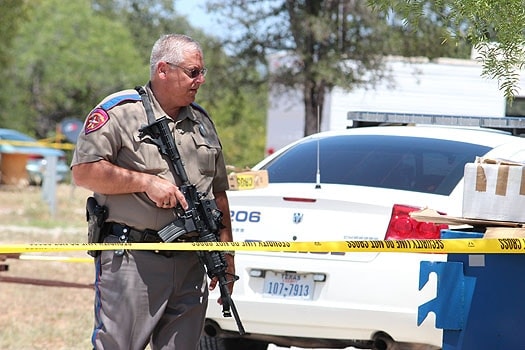 Stacy told Brownwood Bulletin that he wasn’t able to sleep at all the night following the shooting, but the following day was a different story. Stacy was able to get a good night’s sleep after police convinced him that he had acted appropriately and saved lives.

Stacy added, “I hate that it happened. But I’m glad that we got him down. I felt sorry for those people.”

We might have a new role model. Vic Stacy was not overeager to pull the trigger, he felt the appropriate weight on his conscience after taking the life of another person, and he hasn’t let the media attention get to his head. If you ask us, the world could use a few more Vic Stacys.