How to Survive an Active Shooter Crisis (VIDEO)

There are a lot of nut jobs out there. The Norway shooter killed 77 people in Norway across two separate attacks. The Virginia Tech shooter shot and killed 32 people and wounded 17 others at Virginia Tech. Most recently, the Colorado shooter killed 12 people in the Aurora theater, leaving 58 others wounded.

At Guns.com, it’s not difficult to predict our stance on self-defense in the event of an active shooter event: carry a gun. Citizens who exercise their Constitutional right to carry a firearm can defend themselves and the people around them in a crisis moment. 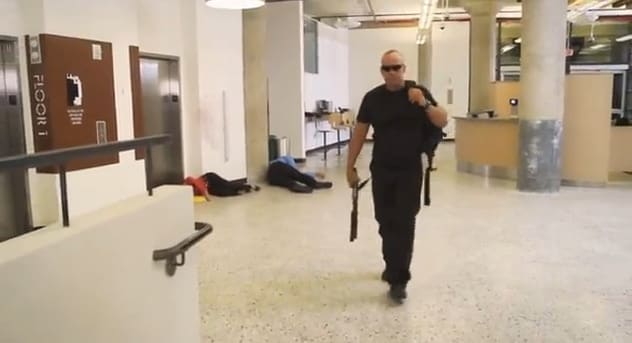 Unfortunately, it’s unrealistic to hope that every citizen who has the misfortune of encountering a deranged gunman also happens to be carrying a firearm at the time. Some places prohibit firearms, and a lot of people just aren’t interested in carrying around a gun 24/7.

In cases like these, there are a few important tips to remember that can make the difference between life and death – but what are they?

This instructional video will tell you everything you need to know. The City of Houston set out to create this video in the wake of the Aurora massacre in the hopes that it could help save lives.

One of the best things about the video is that it’s neutral on the position of gun play. On the one hand, it doesn’t vilify gun owners by making them out to be militant people who care more about guns than the sanctity of life. At the same time, it doesn’t promote vigilante justice by telling people how to use a firearm to take down a crisis shooter. The video is rather beautifully gun-neutral.

Then why are we talking about a gun-neutral video on Guns.com, an unabashedly pro-gun website? Well, we’re also strongly pro-self-defense. It doesn’t matter if you never leave the house without your firearm, or if you have never so much as touched a gun — every person on Earth could benefit from watching this video.

It Could Happen to You

The video starts off by reminding the viewer that active shooter events are unpredictable by their very nature. You cannot allow yourself to be lulled into a fall sense of security, because any public environment at any time could become the target of a shooting rampage.

If the unspeakable ever happens, you can defend yourself by following this simple advice: run, hide, or fight. 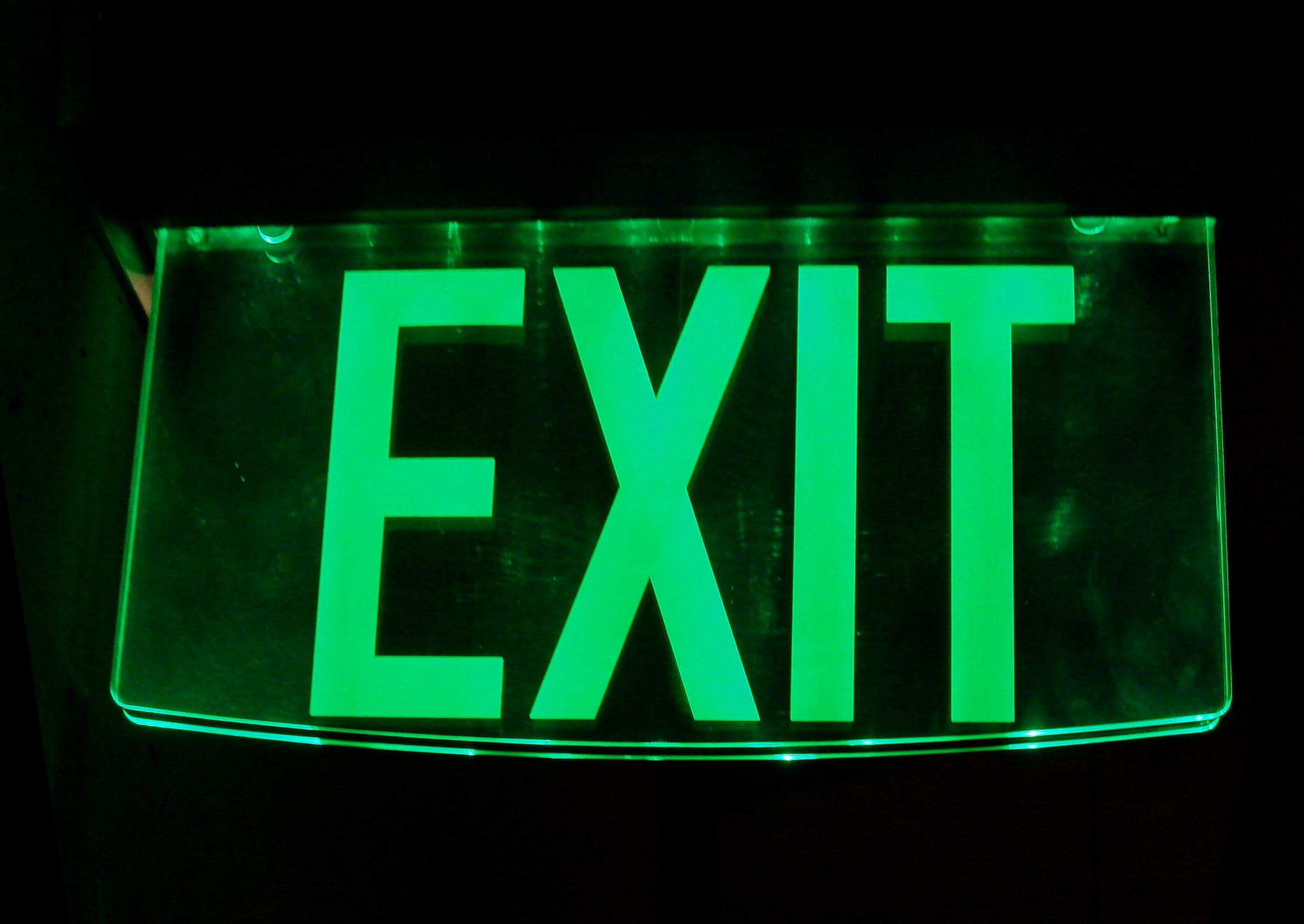 The first solution is the most obvious, because humans have a natural desire to run away from danger. The video encourages civilians to make a hasty and quiet retreat if that’s an option. Grab anyone else you come across, even if they insist on staying. Bolt for the exit, and once you get outside don’t let anybody else wander into the building. 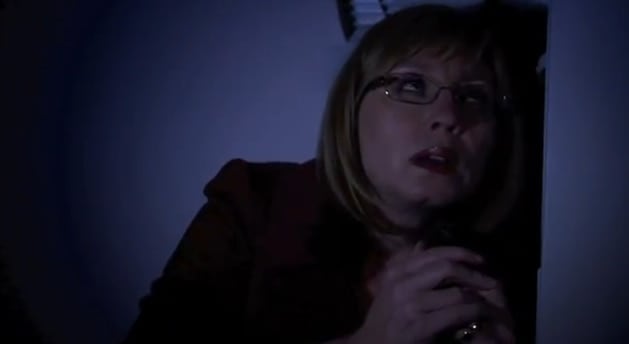 If running isn’t an option, the best thing that you can do is to hide. Pick a location that will completely cover your body, and if at all possible you should hide behind objects that might stop incoming bullets. Turn off your phone’s ring and vibrate features, turn off the light, and try to remain calm and as noiseless as possible until the cavalry arrives. 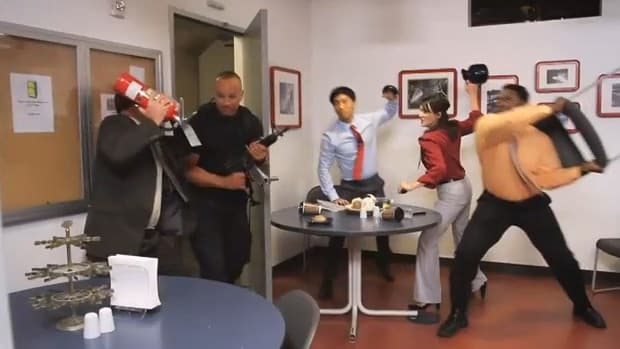 The third and last resort is to attack the active shooter. If this becomes a necessity, the video suggests that you gather with other people in a group, grab improvised weapons and commit fully to the aggression of the moment to completely overwhelm the gunman.

You might be thinking, “Houston wants me to attack a gunman while I’m unarmed! They must be crazy! Not only is that dangerous, but they’re probably inviting a lawsuit with advice like that.”

Well, as surprising as this advice may be, it’s exactly what you’re supposed to do when there are no other options. CBS 2 showed the video to the Union County SWAT team in New Jersey, and they gave the video a big thumbs up – even the part about attacking the gunman. Lt. Dennis Burke said that you should resort to violence, “only at such a time that your life is in imminent danger and you have no other options.”

They also emphasized teamwork. Lt. James Russo added, “[If] it looks like the shooter is coming into your room, get your group together. Look at what’s in a room, pick up a lamp, do whatever you can to prepare yourself.” Work together! After all, two blunt force traumas to the gunman’s head are better than one! 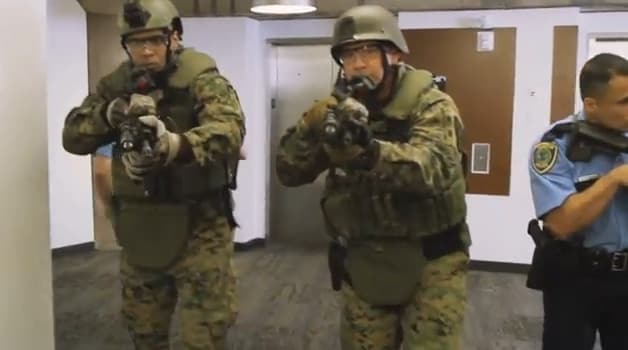 The final bit advice of is something that a lot of people might overlook: don’t do something dumb that might get you shot accidentally when the police arrive. You should avoid pointing and yelling so that it doesn’t look like you’re one of the gunmen, and you should keep your hands visible at all times.

This video hasn’t quite gone viral with 200,000 views, but we’re hoping to spread the word and get the message out there. Send it to your friends, families and coworkers. Odds are good that you’ll never need to actually use this advice, but if that day ever comes this six-minute instructional video could mean the difference between life and death.