FAB Defense is one of the less well-known companies of aftermarket tactical rifle and shotgun furniture, at least in the U.S., but they’ve been around a long time. Established in 1961, FAB Defense of Israel has been supplying police and military forces with advanced equipment and weapon accessories for hard use by hard users, including the IDF and our own armed forces. 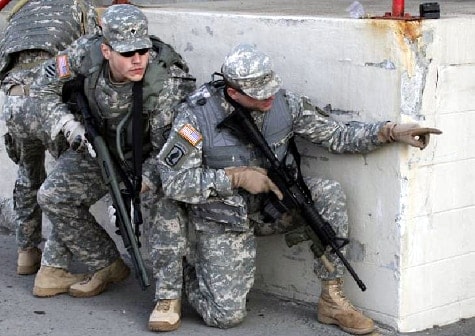 The newest addition to their large catalog of buttstocks is the GL MAG. This telescoping buttstock—designed for M4 rifles but compatible with all mil-spec carbine buffers—doubles as a spare magazine carrier. Intended for quick reloads, the GL MAG keeps one off your belt for quick loads and reloads.

Another reason for this buttstock is that in Israel, where it is common to see regular people openly carrying rifles, you can’t have them loaded. This is a way to carry a magazine close by without having to wear a gun belt or magazine carrier every day. 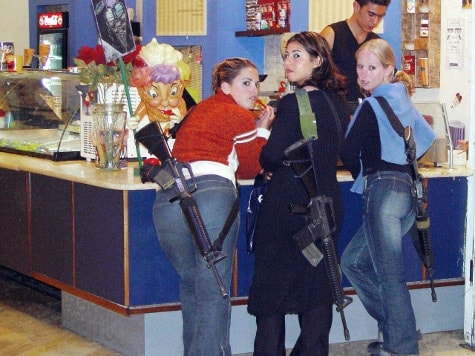 We think this is just a neat way to sock away a spare ten rounds (or more, but they won’t be flush-fitting) right on the gun. This is the perfect type of accessory for someone who wants to travel light and unencumbered. And it would also come in handy for truck guns and the sort.

The GL MAG uses a quick release lever to drop the magazine out and attachment points on either side for quick-detach sling studs, but otherwise doesn’t depart much from the form and function of M4 buttstock.

It is also designed to house all “standard sized” M4 magazines, so there may be some aftermarket mags that it doesn’t work well with, but from the looks of things, because it holds the part of the magazine that goes up the magwell, we doubt there is much risk of incompatability. 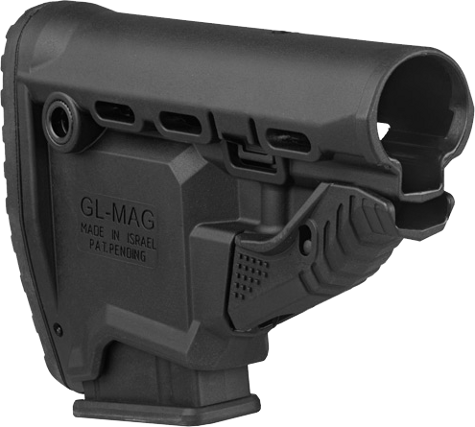 Finally, it looks nice. Yes, that’s a silly reason to pick your furniture, but when it largely all does the same job, it can be nice to deck out your rifle with something different than the standard M4 hardware or other popular and common aftermarket furniture.

If you like the style but don’t want a mag-carrying buttstock, FAB Defense makes a wide variety of accessories for AR-15-type rifles, as well as for AKs, Remington and Mossberg shotguns, and even CZ Vz. 58 rifles. Check out their whole catalog here.