Officials in Lincolnwood, Illinois, say they need more time to consider the proposal of a gun shop owner to relocate and expand his business just across the Chicago line, near a local park.

For 56 years Shore Galleries has sold firearms and accessories to law enforcement personnel and the public.  It is, by almost all accounts, a reputable business.

The owner, Mitchell Shore, would like to expand his business from the Lincolnwood village to a manufacturing district close to a north suburb of Chicago.  There, he would have plenty room to open a 16-lane shooting range.

But zoning laws ratified in 1994 require facilities to be more than 1,000 feet away from schools and parks.  Shore’s prospective spot on Central Park Avenue is approximately 900 feet from the School District 74 campus.

To accommodate Shore’s request, the local officials would have to amend the restrictions, reducing the buffer from schools and parks to 800 feet.  Most city planners seem to support the move.

Trustee Thomas Heidtke told the Chicago Tribune that while he’s “not a pro-gun guy by any means,” he believes the location is acceptable. “No buses will go past it. Students won’t walk past it,” he said.

But some residents and business owners fear that the shooting range will be a neighborhood powder keg, a potential source of violence.

“Five days a week for eight hours a day, the youth of our village are right in that location,” school secretary Carol Krikorian told the Tribune. “Why would you want any more guns (or) any violence of any kind around the children of this community? The only person who stands to benefit is the gun shop owner. No one else is going to benefit.”

“People may be driving around with guns in cars now, but I’d assume it’s relatively rare,” Michael Shapiro, a business owner who created an online petition opposing the proposal, told the Tribune. “Now it goes to extremely common overnight, with no community input.”

Mayor of Lincolnwood Gerald Turry, who backs the proposal, tried to assuage concerns, arguing that it’s highly unlikely that the new range would become a hotspot for criminal activity or gun theft. 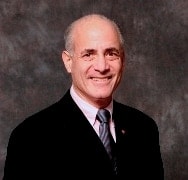 “In the suburbs, when you say the Chicagoans are coming, they’re thinking these gangbangers will show up with guns a-blazing,” Turry told the Tribune. “Gangbangers don’t go to reputable places. They don’t register (guns). They don’t want to be on camera.”

He also pointed to Shore’s experience as a successful businessman.

“I’m just suggesting that a man has been in business 50-plus years, he knows something about guns, about doing business and providing safety,” Turry told the Tribune.

Turry added that Shore has told him the business needs a change of direction.

“And if he doesn’t get it here, he’ll close doors and leave,” Turry said. “That troubles me. Business has taken a beating, and our village is no exception to that. So I hate to see another business disappear. When he goes, he’s gone, and he’s not coming back.”

Lincolnwood stands to make $60,000 to $70,000 a year in amusement tax revenue if the move is approved, Turry said, money that is desperately needed given the tough economic times.

Shore’s proposal has been referred back to the planning commission, which will take more time to review it before rescheduling the vote.