Kit Carson’s very own Simeon North U.S. Model 1816 flintlock pistol is at auction at the Manitou Galleries in Santa Fe, N.M. It was his service pistol issued to him for the Mexican-American War.

The Model 1816 was made with a 9-inch .54 caliber barrel by Simeon North, of Middleton, Connect. Just under 20,000 of these pistols were made between 1817 and 1820 and they have iron mountings and bands and a brass front sight inserted into the barrel band. Originally equipped with a hickory ramrod and cleaning tool, Carson’s is made of brass. The stock is walnut and the brown case-hardened finish has held up well enough, such as it is. 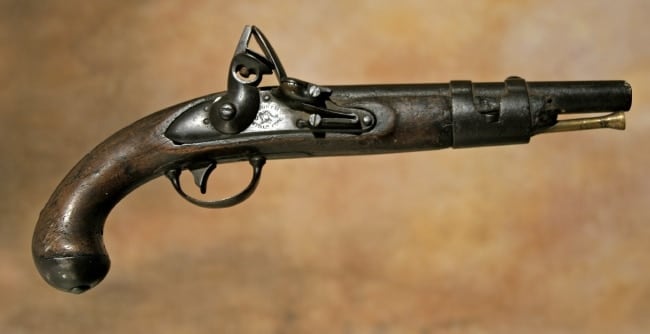 You can see the page for the pistol here, although many other object that formerly belonged to Carson are also up for auction, including his U.S. Army saber, two of his lariats and two of his bullet molds.

Carson served under U.S. Commodore Robert Stockton from 1846-1847 in the Mexican-American War and acted as a guide and courier following his experience as an expedition leader. After the conquest of California, Carson continued his service as a courier between California and Washington, D.C., as well as a federal Indian Agent.

He became a legend in his own time, largely due to fictionalized pulp novel accounts of his expeditions with John Frémont, as well as other more mythical adventures. 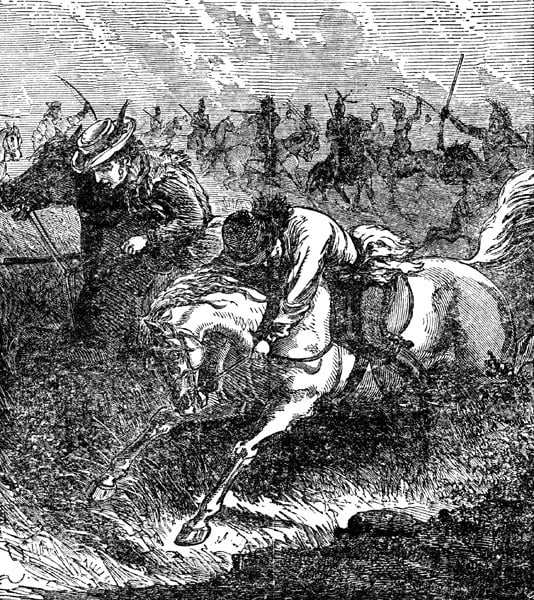 It was this campaign that was partially led by Carson that led to the infamous “Long Walk,” a forced march of an estimated 8,000 Navajo to Bosque Redondo, from Fort Canby to Fort Sumner, killing about 300 people, under the orders of Brigadier General James H. Carleton. While Carson was not involved with the Long Walk, he resented the plan and condemned the poor treatment of the Navajo and their massacre at Sand Creek under the orders of Colonel John M. Chivington.

Carson was brevetted to General and sent to Fort Garland, Colo., after the Civil and Indian Wars ended, where his ties to the Ute community helped establish working relations between the government and the Natives there, and eventually led four Ute chiefs to Washington to secure more assistance for the tribes.

He died a month later, following his wife Josefa Carson (born Jaramillo) who died giving birth to her eighth child. His last words were “Adios, compadres,” although it has actually been argued that he said “Wish I had time for just one more bowl of chili.” 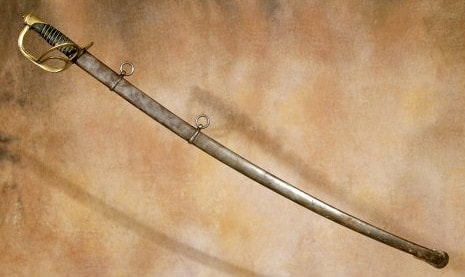 Kit Carson will always be an icon of American history, and if you were interested in owning a small part of his legacy, head over to the auction website here. (Use the search function to see all the Kit Carson objects.) The auction ends August 12th.