Steyr AUG A3 Returns This August with New Lower Price

The original, the iconic Steyr AUG will go back on sale in the U.S. later this month. Possibly the most famous bullpup rifle, the AUG has not been available for sale stateside since 2010, when their British importer, Sabre Defense, was raided and shut down by the ATF for arms trafficking.

In the intervening period, other companies have sprouted up to cater to the bullpup market with bullpup conversion kits for conventional rifles, other bullpups and even AUG-patterned rifles—the patent is part of the public domain now, like AR-15s and 1911s—but of course, none of these manufacturers has the reputation that Steyr does. 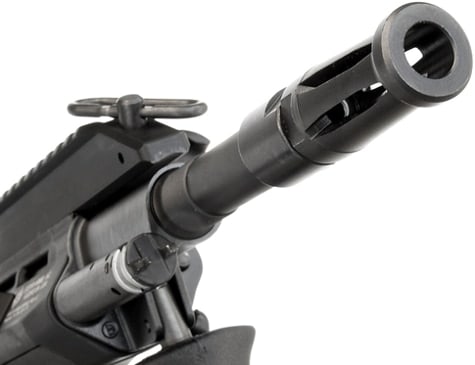 From the press release: “Steyr Arms, the only licensed manufacturer of Steyr products in North America, has announced that the AUG A3 will be available later this month. Assembled by Steyr-Mannlicher-trained gunsmiths in its Trussville, Ala., manufacturing facility, the new flat-top AUG A3 will feature European-style cold-hammer-forged barrels and the legendary tulip-style muzzle brake.”

These will be standard A3 AUGs, with a flattop Picatinny rail for optics of your choice, not the integrated riflescope. The A3 has a 16-inch barrel and measures just 28 inches long overall, which is eight inches shorter than an AR-15 with a collapsed stock. The AUG is chambered in 5.56 NATO and uses proprietary magazines and will ship with one transparent 30-round magazine. Steyr also manufactures 10- and 42-round magazines. 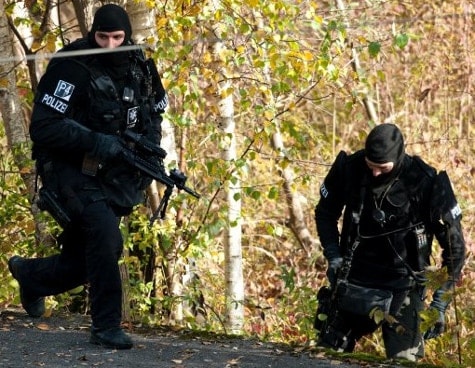 Steyr recognizes the local competition, but points out that “Several companies have attempted to reverse engineer the iconic Steyr AUG for the American public, but unless a rifle boasts the interrupted four-ring Steyr bullseye beside ‘Steyr Arms’ stamped on the receiver, it is not an authentic Steyr product. Any imitation rifles and/or parts do not carry Steyr Arms’ unconditional support, nor will the company warrant or repair them.”

They’re referring to MSAR, who manufactures an AUG A3 derivative with a host of changes to the design called the STG-E4. MSAR’s take on the AUG includes a modular rail system as well as multiple barrel selections in both 5.56 and 300 AAC Blackout. Also, the STG-E4 uses standard AR-15 magazines. It will be available this September, a month after Steyr promises to bring the original back to market.

This is a good year to be a bullpup enthusiast. Whether you’re a purist who wants nothing more than a true Steyr rifle or an early adopter of new, adventurous guns, 2012 is a good year for bullpups.