The SCAR 17 is a popular rifle among fans of thirty-caliber semi-automatic shooters. Unlike the SCAR 16, unfortunately, it uses proprietary magazines that can be expensive, hard to find or both.

Handl Defense is working on a replacement lower receiver for the rifle that works just peachily with standard AR-10/SR-25/M110 magazines, including Magpul’s 20LR PMAG.

Right now it’s very much in the prototype stage. As a proof-of-concept, it works. Military Times’ Gear Scout has an interesting theory about what niche these Handl receivers will fill. 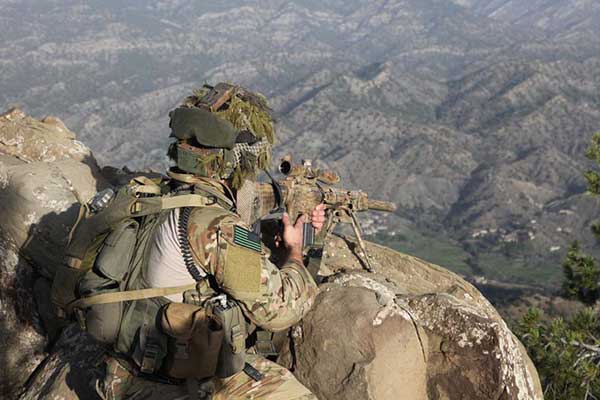 Recently the Army called for small arms manufacturers to submit new rifles to replace the also-new but rapidly-deteriorating M110 Semi-Automatic Sniper System (SASS) rifles. These guns have proven to be accurate and mostly reliable, it’s just that they’re made to such high tolerances that they have a very short lifespan.

The M110 is based on the SR-25, an AR-10-style rifle designed by Eugene Stoner—Stoner Rifle 25. The military is interested in not just replacing the M110, their request is for such a large order that it’s conceivable that they’re looking to retire the M14 as well.

The M14 is still in service after all these years, although it’s generally issued in its Enhanced Battle Rifle (EBR) configuration, complete with a completely modernized tactical chassis all decked out with rails. In addition to being just plain old, at least the action, receiver and barrel, it’s also heavy weighing over 11 pounds dry. 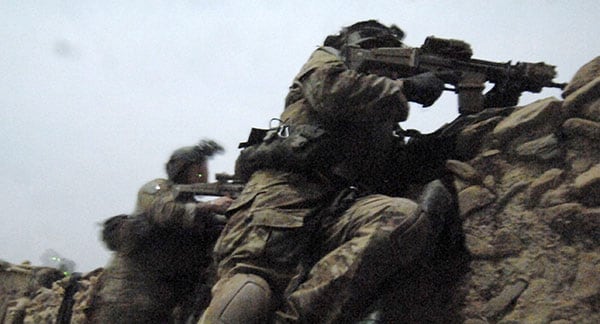 With the Army Rangers already fielding FN SCARs, they’re one of the contenders for the Army’s Individual Carbine competition. Having a similar appearance to the SCAR 16, the SCAR 17 would make for a natural pick for the next Designated Marksman Rifle (DMR) if the Army selects FNH.

Combined with the number of SASS magazines already in service, a modified SCAR 17 that accepts AR-10/SR-25/M110 magazines would be a real hit. 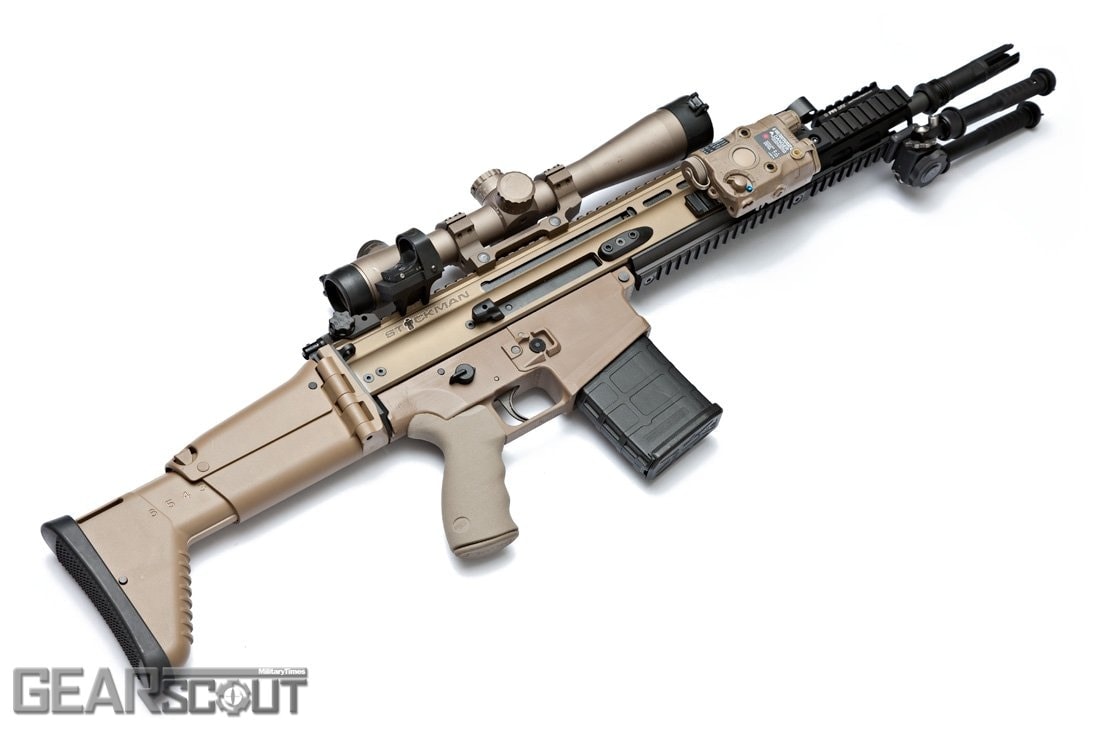 Still, we think all that is largely speculation. While a potential fit for the military, we think this new Handl Defense receiver will be popular with the civilian SCAR 17 shooters at large, and all the people who would consider getting one but are already invested in their existing .308 Winchester/7.62 NATO magazines.

The real question is whether or not FNH will sell SCAR uppers separately; if the Handl lower can be thrown on just a completed upper without having to buy a complete rifle and then replace a significant part of the lower half, then we’ll really have a cool product.

What we will never know is why FNH didn’t design the SCAR 17 to use these magazines in the first place.