Gun Bias in the Media (and what else it's bleeding into)

For as long as I can recall, I have seen a bias against gun owners in the media and by bias I mean that when a media outlet chooses to run something on guns, the gun more than likely plays the villain.

I can’t help but ask, why? What is it about guns that makes media folk salivate like Pavlov’s dogs? Much more, what makes them inherently want to paint guns in a negative light, be it in the tone of their coverage or their programming decisions.

Is it just the parroting of the same ideas between generations of journalists? Or is there a hidden agenda? The more I thought about this the more it was apparent to me that those in the media are not as ignorant of guns and their value to society as we may take them to be—this makes their refusal to consider the voices of gun owners all the more journalistically (and intellectually) disingenuous.

B is for bias, C is for controversy 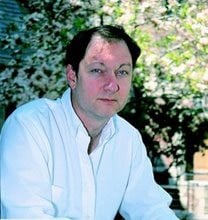 Why do guns (and by proxy gun owners) get a bad rap? The simple answer is guns are controversial and stories where a mass shooting of any kind takes place, sensational. It goes without saying that a twenty-four hour news service will interrupt their normal programming when a shooting or a school lockdown takes place. I’d also bet green money, your local news stations leads with “the ongoing gun buy back program” whenever one is going on (that is, if there isn’t a local shooting).

Really, it doesn’t take much more than that to understand why shootings and mass murder get more media attention than say a little old lady keeping a burglar at bay with a .38 snubbie.  You need only remember the old news desk saying, “when it bleeds it leads.”

In most defense encounters when a gun is drawn, there is no body, no blood and no controversy.  This is mostly because when a homeowner or private citizen defends themselves by pulling a gun, usually no shots are fired.  At the end of the day, a juicy story is really all that’s needed to “move copies” which too often translates into “dangerous guns”.  That principle lords over all media, from the smallest blogs to the largest newsrooms in America.

Yet, in my humble opinion, it has to be more than just hot lead and the allure of a breaking news story that causes guns to be portrayed negatively in the media because it is not just ignorance of guns that causes these stories to be published.  Quite the opposite—these guys should know better because many in the media do claim to have knowledge of guns and yet still perpetuate bias against firearms. 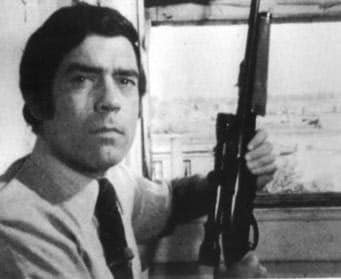 Dan Rather, who was CBS news lead anchor for many years, recounted a story of a break in at his Georgetown home in his book The Camera Never Blinks, “… I rammed a shell into the chamber of a shotgun. There is no mistaking that sound. Within seconds the intruders, or whatever they were, had fled.”

In the same book Rather also told an account, when, during the black civil rights movement, he had a shotgun stuck in his ribs by some local hood.  His cameraman pulled his fat out of the fire by putting the revolver to the head of the thug. “He said to the man with the shotgun, ‘Sonny, I think you want to stroll.”

Yet, Rather seemed to me to be one of the more biased people in the media during the last decade or so when it came to guns and their owners, and this despite the fact that twice a gun had been used to save his life. In the same book that he illustrated the times he needed a gun to keep him safe, Rather wrote the following “I know, as the gun lobbyists keep reminding us, guns do not kill people. People kill people. But with a gun it is a whole lot quicker.” There is no ignorance there, just a pure bias from someone who should know better.

It’s even scarier when you consider that the conversation going on in the press mirrors the one on capitol hill (and vise versa), and it’s that connection between politicians and media outlets that makes me shivers. When mainstream outlets choose to only interview Bill Clinton, Frank Lautenberg or Sarah Brady on the issue of guns, each of them touting tax payer funded studies that they only see and take what they want from, who are also funding new legislation that bans high capacity magazine or semi-automatic weapons or some other meaningless gun control measure, I cannot help but to lose faith in modern media that can be so blind to other positions.  This is objective reporting?

This bias in the media bleeds out into townhalls, into schools and into the Whitehouse.  I hear time and again the NRA described as the “powerful gun lobby” yet at the same time, I have never heard anybody question or attack how much money or how influential groups like the Brady Campaign are, with their celebrity funding and wealthy politicians.  If that isn’t biased I don’t know what is.

So how do gun owners fight this bias? With the facts and by letting the media know that we will no longer allow gun owner’s perspectives to be ignored. Write letters to the editor, but point out the facts and try to keep emotion out of them, which I know is hard at times. Write the politicians who are proposing any gun laws and tell them that your vote is lost to them, and that you will let every gun owner know what they are planning. Go to your local gun shop and ask if they will post something concerning the news story or law proposed (this is highly effective by the way).

Organize a boycott of the newspaper or news service. Write or call anyone who advertises with them and tell them as long as they support that paper, you will not support them either. Believe me these tactics work, in February, 2008 my local paper The Post Star proposed publishing the names of all of the pistol permit holders in its coverage area until a grass roots boycott was organized against the paper and advertisers and within months the idea was dropped. Even when they tried again a couple years later they were reminded that the readers pay their penance and the idea has appeared to have been shelved permanently.

The media has long held a bias against gun owners and it seems to have taken hold of nearly every avenue, and we, as gun owners, must fight for our voices to be heard with every ounce of zeal we have.

The Bias Against Guns: Why Almost Everything You’ve Heard About Gun Control Is Wrong, John Lott, 2003; Regnery Publishing, Inc.