An advocacy group near Boston is calling out Congress for its “cowardly” ways when it comes to addressing gun control.  On Thursday, the group added a banner to its gun violence billboard near Fenway Park that reads “Shame on Congress.”

“How can Congress live with themselves, knowing they allow criminals and terrorists to buy guns undetected?” said John Rosenthal, founder and chairman of Stop Handgun Violence.

Under the auspices of Rosenthal, Stop Handgun Violence, a non-profit organization committed to the prevention of gun violence, has been running advertisements on a 252-foot-by-20-foot billboard on the Massachusetts Turnpike, located behind Fenway Park, since 1995.

This latest message – “Shame on Congress” – is designed to urge Republican Senator Scott Brown and other members of the House and Senate to renew the federal ban on “assault” weapons and high-capacity ammunition clips.

“During the 10 year period that the Federal Assault Weapons ban was in effect, there was a 66 percent reduction in those 19 banned weapons being recovered in crimes,” said Rosenthal in an op-ed in Huffington Post.

“It’s simple: assault rifles are often the weapon of choice for gang members and mass murderers, so remove them from the legal gun trade,” he argued.

Rosenthal is singling out Brown because (a) he represents the Bay State and (b) he believes individual states should be responsible for their gun laws.

“In other words, Scott Brown supports the continued ability of domestic criminals, the mentally ill, and international terrorists, to legally buy military style weapons and easily concealed handguns without a background check or detection in 33 states and at thousands of annual gun shows,” said Rosenthal.

Rosenthal, while he may be a nice guy in person, is certainly full of it.  One can tell by the way he argues.  A perfect example is the “66% reduction in banned weapons being recovered in crimes” line.  This is a meaningless statistic if the overall violent crime rate was higher under the AWB than it is today, which is the case.

Essentially, the AWB had no measurable effect on the number of shootings.  When the AWB was in effect, violent criminals were shooting other criminals and innocents, they just happened to use “legal” weapons or whatever was readily available.  It’s not like they just stopped because they couldn’t obtain their preferred weapon, which leads one to conclude that renewing the ban won’t bring down crime rates, curtail the number of shootings, or stop sociopaths from killing. 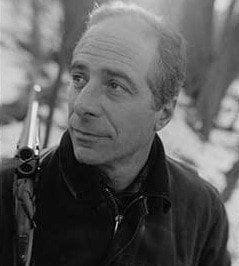 The statistics Rosenthal uses to make his point about gun violence are also flawed and misleading.  Take for instance, this passage from the Huffpo op-ed.

Yet we watch idly while Congress collects tens of millions in special-interest blood money in the form of campaign contributions and 150 more Americans are shot today and every day. Congress should be forced to accept responsibility for making this country safer, and they should recognize that they are accountable for the 30,000 Americans killed by guns every year. And if they don’t, shame on them. Shame on Congress.

The “30,000” stat comes from the Brady Campaign to Prevent Gun Violence, which breaks down the number further and claims that “gun violence kills 87 people every day in the U.S.” But as John Richardson of No Lawyers – Only Guns and Money recently pointed out, those numbers are severely flawed:

Of the 87 people that “gun violence” kills per day, 56 are self-inflicted. Only an average of 31 per day nationwide (or a few weekends in Chicago) are the result of crime.

If people are to take Rosenthal seriously, he needs to get his facts straight.  And then, perhaps, he should take the advice of NRA spokesman Andrew Arulanandam, who when asked about Rosenthal’s advertisements in 2011, told the Boston Globe that “John should spend the money to put up a billboard calling on the Justice Department to prosecute violent felons and drug dealers who misuse firearms.”