Czech Defense Forces to Adopt CZ 805 BREN, Scorpion and SP-01 Phantom Across the Board

The Czech military is retiring their large and somewhat mismatched collection of small arms in favor of all-new CZ rifles, pistols and submachine guns. Due to the expense, the Czech defense forces will make the transition over a period of time, likely years.

They will be replacing their small arms with CZ 805 BREN assault rifle, Scorpion submachine gun, and SP-01 Phantom pistol.

Czechoslovakia’s Ministry of Defense has plans to acquire ten thousand CZ 805 BREN rifles, seven thousand CZ 75 PHANTOM pistols and 500 CZ SCORPION submachine guns. According to Colonel Pavel Bulant, Director of the Armaments Division of the Ministry of Defense, the total cost will exceed a billion Czech Crowns and the purchase is to be made through the framework of a long-term agreement. 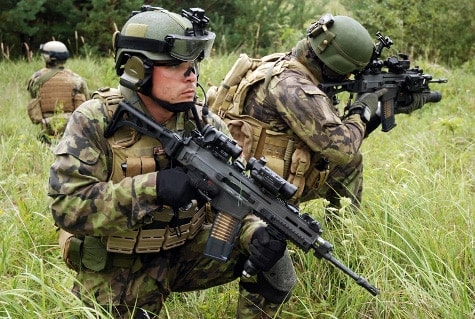 “Because the ministry is unable to expend this entire amount at one time, the project will be phased over several years. Based on the money available, we will buy a certain number of arms,” said Bulant. The next purchase of several thousand pieces should be started in 2014. “The delivery of almost 8,000 assault rifles is now in process and will be closed the next year, so we think to start the further phase of the purchase in the subsequent year.”

The Czech armed forces already have a few 805 BREN rifles and Scorpion submachine guns in service with special-purpose units. These exactingly modern firearms have few detractors, and blend CZs unwavering build quality with features to meet the needs of today’s fighting forces.

The 805 BREN is a select-fire gas-operated piston-driven rifle with a machined alloy upper receiver and a molded polymer lower receiver. It has a fully-adjustable folding telescoping stock and weighs about 7.5 pounds. The BREN features a quick-detach barrel and modular magazine well. It is chambered in 5.56 NATO and 7.62x39mm and can be quickly changed from one caliber to the other.

Another neat thing about the BREN is that the magazine well can be swapped out as well. The BREN can use proprietary CZ magazines as well as standard STANAG AR-15/M16/M4 magazines.

The Scorpion is a successor to the old .32 ACP Skorpion submachine gun in name only. This polymer-framed SMG is chambered in 9x19mm and can be used with or without the folding, telescoping stock. Like the BREN, the Scorpion can fire single shots, two-round bursts and fully-automatic. 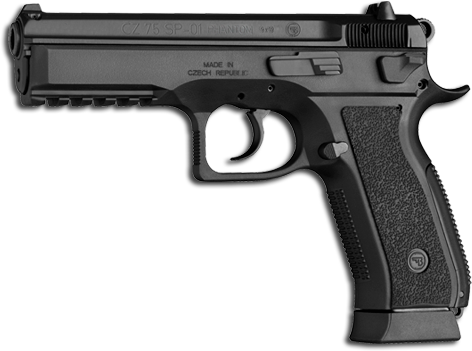 The Phantom is the oldest of the three weapons. It is a modified decocker version of CZ’s extremely successful 75 B. The Phantom uses a lightened slide and polymer frame to cut weight, and comes in at just 1.8 pounds, unloaded. The Phantom feeds from high-capacity 18-round magazines.

This new loadout is pretty impressive. We can’t help but think that more than a few soldiers around the globe will be envious of the Czech defense forces.

While CZ is still working on ways to get the BREN and Scorpion made in the U.S., the Phantom is readily available here.