In court, with his defense attorney Judy Clarke at his side, Loughner answered questions from U.S. District Court Judge Larry A. Burns, who was probing to see if the heavily medicated 23-year-old college dropout was mentally competent to register a plea of “guilty.”

Judge Burns asked Loughner if he understood the 19 charges against him, and what the government would need to convict him were he to enter a plea of “not guilty.” 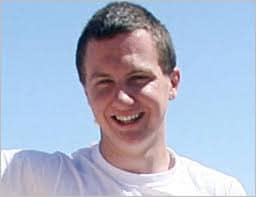 At the end of the questioning, Burns was confident that Loughner was lucid enough to plea, saying that observing Loughner in court left “no question that he understands what’s happening today.”

What changed between now and last year when Burns deemed him mentally unfit to stand trial?

Well, the short answer: drugs.  Lots and lots of drugs.

While experts at a federal prison in Missouri concluded that Loughner was depressed, paranoid and schizophrenic, they argued that after a year of forcibly medicating Loughner he became competent.

Speaking to that point was Court-appointed psychologist Christina Pietz, who testified for an hour about how she watched Loughner go from bat-shit crazy (my phrasing, not hers) – auditory hallucinating, pacing in cell for hours, crying frequently, throwing chairs and toilet paper and spitting on his attorney – to sober, over the past 12 months.

Many believe that Loughner’s plea bargain is a “win” for both sides as attorney Brian Levin, from the Center for Study of Hate and Extremism at California State University, San Bernardino, explained to CBS.

“In exchange [Laughner’s] going to get life in prison, and that’s the key here,” Levin said. “The federal government gets him to admit that what he did is wrong and that he knew it, and the defense gets to save his life.”

Giffords, along with other victims, sanctioned the decision, saying avoiding a protracted and potentially traumatic legal battle in which prosecutors push for the death sentence is in the best interest of the community.

“The pain and loss caused by the events of Jan. 8, 2011, are incalculable,” Giffords said in a joint statement with her husband, Mark Kelly. “Avoiding a trial will allow us – and we hope the whole Southern Arizona community – to continue with our recovery.”