Too Soon or Perfect Timing? Carrying a Gun into a Movie Theater

The Aurora shooting tragedy has left people with unanswered questions like How could such a terrible thing happen? or What could have been done to prevent the shooting?

More recently, people on both sides of the gun control debate have added another question to the list: Is it good idea to bring a gun to a movie theater, even if it’s perfectly legal? Two gun owners have sparked the debate in separate incidents on opposite sides of the country – one in Colorado and one in Connecticut. 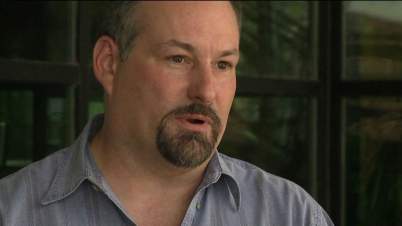 Starting with the one that’s closer to the scene of the shooting tragedy – and we do mean really close. Thornton, Colorado is just a short, 20-minute drive away from Aurora, so saying that the massacre hit that community close to home is a huge understatement.

Local resident James Mapes wasn’t about to let a copycat gunman ruin his trip to the movie theater, so he went to the local cinema with a handgun openly displayed in a side holster – a clear message, we would think, that troublemakers should think twice.

Fellow movie goers were getting a very different message, one of knee-jerk terror and distrust. Customers phoned police and warned them that there was a man in the movie theater with a gun. The cops showed up in the scene and, even though Mapes had a permit that allowed him to carry a gun, they charged him with a misdemeanor and put him in bracelets. In addition, a total of nine theaters were evacuated because of this ordeal. The authorities argued that Mapes was carrying the gun in such a way to cause fear in others. After all, you can’t shout, “I’m a legal gun owner” in a crowded theater.

The authorities eventually dismissed the charges because, you know, if you’re going to bring somebody to court you need to catch them doing something actually illegal and not something that’s pretend illegal.

Mapes seemed undeterred by the arrest as he told FOX31 Denver, “I’ve always carried in there, opened or concealed, depends on the time of year.” He added that he wished he could have been in the Aurora theater at the time of the shooting because if someone were they probably would have saved lives.

Now, let’s take a plane ride across the country to New Haven, Connecticut, where a man was arrested for carrying a concealed weapon into a movie theater. Much like Mapes, 46-year-old Sun Hwang had a valid state carry permit that allowed him to carry a firearm openly or concealed.

Somebody spotted the gun in Hwang’s waistband and phoned police. They showed up and hauled him off to the station. Is anybody else getting a feeling of déjà vu?

Scott Wilson of the Connecticut Citizens Defense League told WTNH news that the arrest was unjustified and that Hwang wasn’t breaking any laws. He said, “If there were people who were armed in that [Aurora] theater that would be able to draw a firearm in time to stop some of the mayhem and put an end to the shooting, it would have been a good thing.”

Well, that didn’t stop the police from arresting Hwang anyway. Thought, the charges will probably be dropped (how could they not be?), the cops do have a few citizens in their corner. Kim Aldridge, a West Haven resident, argued, “He should have went to the counter and told them that he had a weapon. Why are you openly bringing a weapon into a theater when you know there was a shooting in Colorado?”

We don’t want to put words into Sun Hwang’s mouth, but we’re going to go out on a limb and guess that he wanted to be prepared to defend himself. And from what we can gather about Connecticut law, his choice to do so doesn’t require him to announce that fact every time he goes into a movie theater.

What’s a Gun Owner to Do?

This raises some tough issues for gun owners. On one hand, the Aurora shooter demonstrated that average citizens need to be able to defend themselves. On the other, bringing a firearm with you to the next romantic comedy will leave some citizens trembling in their boots.

What’s the right thing to do as a concealed or open carry permit holder? Is it too soon to throw more fuel on the flames, or is now the best time of all to carry a firearm? Do you carry on principle, or is getting arrested just for showing your holster just not worth the hassle?