The mass shooting in Aurora, Colorado, was the act of a madman.  One doesn’t need a degree in psychology to arrive at that conclusion.  Logic would also suggest that if accused shooter James Holmes was crazy, there’s a good chance that someone had an idea about his mental issues prior to the movie theater rampage.

Sure enough, it appears someone did have knowledge of Holmes’s struggles – his psychiatrist, Dr. Lynne Fenton.

According to sources at ABC News, Dr. Fenton warned a University of Colorado campus police officer about her patient when she requested a background check on Holmes back in early June – six weeks prior to the massacre. 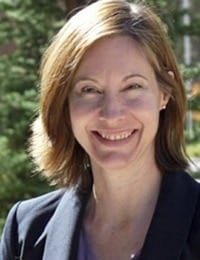 This new information comes on the heels of a report from ABC affiliate KMGH that Dr. Fenton also expressed concern about Holmes to the university’s threat assessment team.  However, Holmes who had been studying neuroscience dropped out of school on June 10 before the compliant could be processed.

Although it’s not exactly clear to what extent Dr. Fenton felt Holmes was a threat to society, experts speculate that her breach of doctor-patient confidentiality is a sign that Dr. Fenton took Holmes’s behavior seriously.

“For any physician to break doctor-patient confidentiality there would have to be an extremely good reason,” said Dr. Carol Bernstein, a psychiatrist at NYU Langone Medical Center and past president of the American Psychiatric Association.

“Confidentiality is a key part of the doctor-patient relationship,” she added. “It is central to everything we do.”

So, the obvious question is, what did the campus police officer do with Dr. Fenton’s warning?

A spokeswoman for the university, Jacque Montgomery, declined to comment on whether the officer took appropriate action, citing a court-issued gag order preventing her from confirming or denying any information related to Fenton or the investigation.

Though, officials did release a statement saying that campus police are “frequently involved” in meetings of the university’s Behavioral Evaluation and Threat Assessment (BETA) team.

Additionally, the statement offered a little insight into the duties that campus police are responsible for when working with the BETA team, those include “security matters, badge access, background checks, wellness checks, criminal investigations and referrals and outreach to other law enforcement agencies.”

In the wake of the tragedy, much of the media’s attention has centered on the issue of gun control.  Aware of the spotlight, gun control advocacy groups are angling to strike while the iron’s hot, to use this mass shooting, as well as the one in Wisconsin, as a political tool to precipitate gun reform.

But as more information comes to light, it becomes clear that guns are not the underlying problem.  People are.  This is not just a cognition that exists strictly within the gun community; this is something that even some of the most staunch gun control supporters are willing to acknowledge.

In an article titled, “We Stop The Next Aurora Not With Gun Control, But With Better Mental Health Treatment,” David Dow a self-described “gun control advocate for 30 years” wrote the following:

Gun control is good for a lot of things. It will keep kids from killing themselves with their dads’ unsecured guns. It will make it harder for drug dealers to kill each other, and it will save lives in ordinary robberies. It might even prevent wildfires in the west. But it will not stop the mentally ill from reaping carnage because the proximate cause of their carnage is disease, not hardware.

Of course nobody needs an AK-47 or a twenty-round clip, and the Supreme Court ruling making it more difficult for communities to restrict access to guns was deeply unsound. But before we get sidetracked for the umpteenth time talking about limiting access to certain calibers, or muzzle velocities, or clip size, we should perhaps start talking about how we can identify broken people—not just when they walk into a gun store to purchase a weapon (although certainly there as well), but also when they apply to college, or for a driver’s license, or do anything else that might call them to the attention of people who are trained to look.

While one may not agree with Dow on his thoughts about the efficacy of gun control to prevent drug dealers from killing one another or his comment about the Supreme Court decision being “deeply unsound,” his point about “broken people” is spot on.

The problem is, by and large, this argument falls on deaf ears.  The majority of gun control advocates still cling to the notion that if society would pass onerous gun laws, they would stop individuals like Holmes from going on killing sprees.  How wrong they are.

The solution, if there is one, is for society as a whole to pay closer attention to those “broken people” who need our help.