Whenever we need a weapon that’s powerful and deadly enough to stop a criminal in his tracks, we typically turn to top-notch gun manufacturers like Glock, Smith & Wesson, or whatever gun company happens to be your top pick. But, what do you do when Glock shuts down? What happens when the local gun store closes its doors for good?

It’s simple: you make your own weapons. Mankind has been doing it for thousands of years, so it can’t be that hard, right? Just to prove how it could be, here’s a list of the top 10 most deadly improvised weapons throughout history.

When push comes to shove, dummy pistols are about as dangerous as a hunk of plastic. That being said, don’t for a moment underestimate the stupidity of your opponents. Ok, Ok, we realize that a cardboard pistol isn’t actually deadly, but considering that you could potentially use it to hold somebody at “gunpoint” until the cavalry arrives, and that it can be crafted in about two minutes by adding a coat of spray paint to a water gun, dummy pistols deserve a spot on the the list. 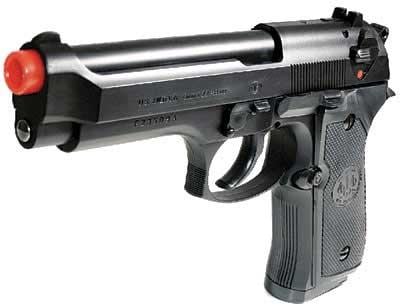 Prisoners will go to great lengths to sneak weapons past prison security. This guy, for example, went so far as to allegedly shove a 12-inch-long revolver up his butt. Prisoners with slightly less accommodating anuses have had to resort to other tactics to arm themselves. A prisoner in Celle prison, Germany created this double-barreled pistol in the prison’s metal shop. This gun got confiscated before the prisoner could use it to break out, but at least he won’t be shitting bullets. 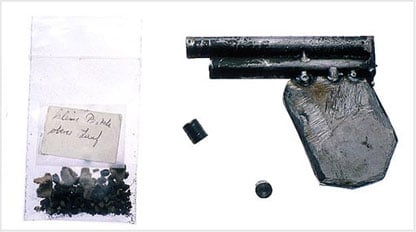 Stepping on a land mine is bad enough, but stepping onto the mouth of hell would probably be a lot worse. Back in WWII (the time period when some of the world’s scariest weapons were developed), the Russians built a “Fog Static Flamethrower” that demolished four tanks and 150 Nazi soldiers, forcing everyone else who still had their skin intact to flee in terror. We wouldn’t recommend installing one of these things in your front yard – or anywhere, for that matter. A full-blown zombie apocalypse would be the only event that could even begin to justify planting these fire flowers around your property. 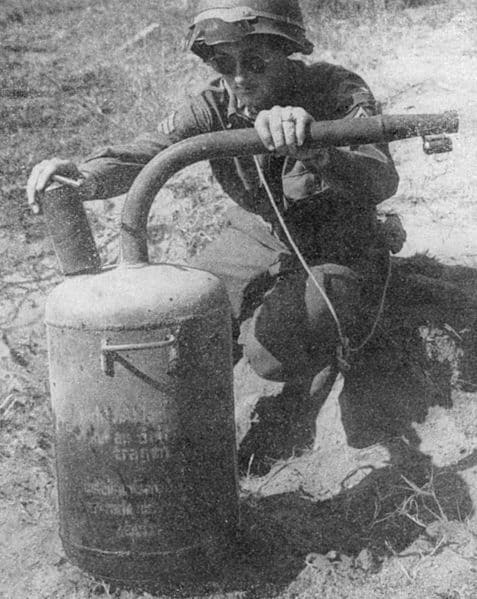 Evidently, German authorities threw a real-life MacGuyver into the slammer. Not content to simply rot in jail when he could be building nuclear bombs out of toothpicks and soda cans, this inmate used random materials around the prison to create a fully functional shotgun. This zero-dollar beauty is constructed of iron bedposts, lead, curtain tape and match heads. The detonation charge came from a set of AA batteries and a broken light bulb. Back in May of 1984, two inmates took a jailer hostage with this improvised weapon and successfully broke out of prison. Clearly, one man’s trash is another man’s lethal firearm. 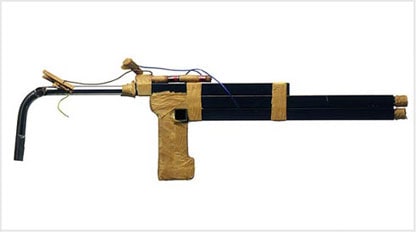 An oldie but a goldie, a shiv is anything that’s pointy on one end and easy to hold on the other. They almost assuredly won’t be as effective as a custom-built firearm, but they’re so much easier to build. All you need is something sharp and a roll of cut tape! 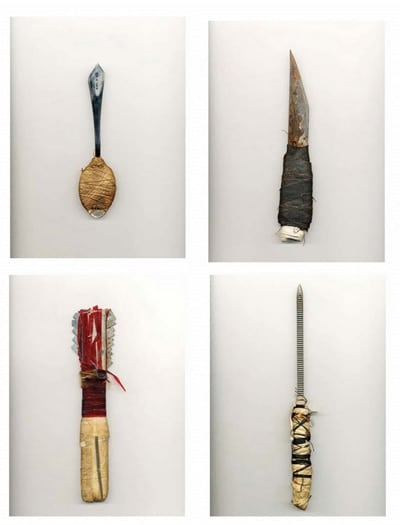 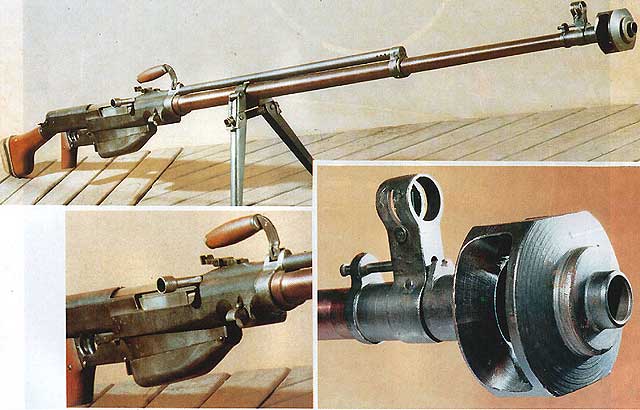 Vasily Zaitsev, a legendary Russian sniper who spent his time punching holes through Nazis, had the brilliant idea of strapping a sniper scope to a 14.5mm PTRS-41 anti-tank rifle. He figured that he could shoot a round through the viewing slits of Nazi bunkers and take out entire groups with a single shot. And here’s the crazy thing: it worked. 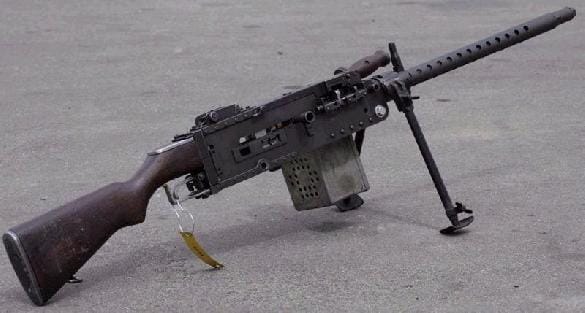 We’re not really sure if this gun is improvised so much as borrowed. An American machinist by the name of Tony Stein ripped the tail gun off of a downed WWII dive bomber, attached the butt of an M1 Garand to the back of it, and built one of the most devastating infantry weapons ever built. Here’s a clip of the gun firing at a rate of 1,200 rounds per minute.

A favorite among revolutionaries and rioters, this reliable building-destroying weapon uses house-hold materials, is easily transported, and is fairly cheap (well, assuming gas prices are low enough). But where did this legendary weapon get its origin? We’ve been using the particularly lethal combination of flame and accelerants ever since the first cave man overcame his primordial fear and picked up a burning tree branch, but it wasn’t until the Soviets decided to be a bunch of jerks that we got a name for it. Soviet foreign minister Vyacheslav Molotov was the d-bag responsible for partitioning Finland in the mid 1900s. The Finns weren’t particularly thrilled about that, so they stuck it to the man by hurling Molotov cocktails into government buildings. Much to Molotov’s chagrin (he apparently hated the name), the term stuck. 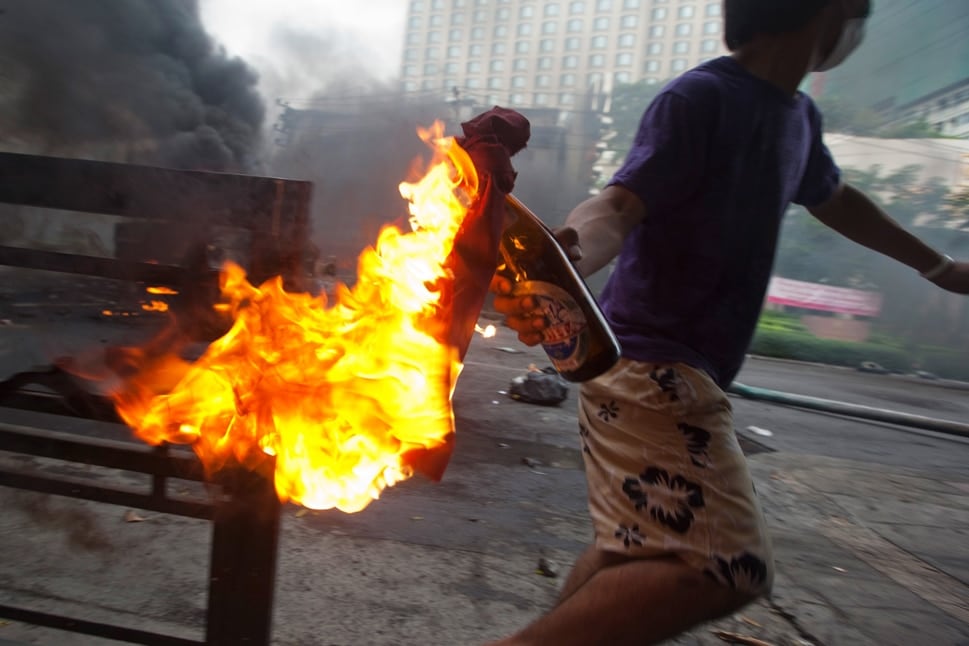 IEDs had to make the list of the top 10 improvised weapons – it’s right there in the name! These weapons are the ultimate in guerrilla warfare — plop one of these down on the side of a road and wait for your unsuspecting targets to drive by. If anything, these weapons were too effective. Some reports indicate that as many as 16,000 IEDs were set off in Afghanistan during 2011 alone. That averages to about 43 per day. 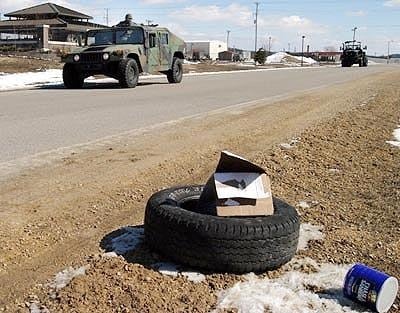 So, you’re a rebel who hangs out with a bunch of other rebels. Life isn’t so hot in your country, either because a cruel dictator is ruining all the fun or because you’re a wanna-be dictator and you’re ruining everybody else’s fun with your ridiculous war. Either way, you can’t exactly stroll into the local gun store and walk out with a shopping cart full of RPGs. What you can do, though, is steal, trade or buy arms from shady international arms dealers and combine them with whatever you happen to have lying around. 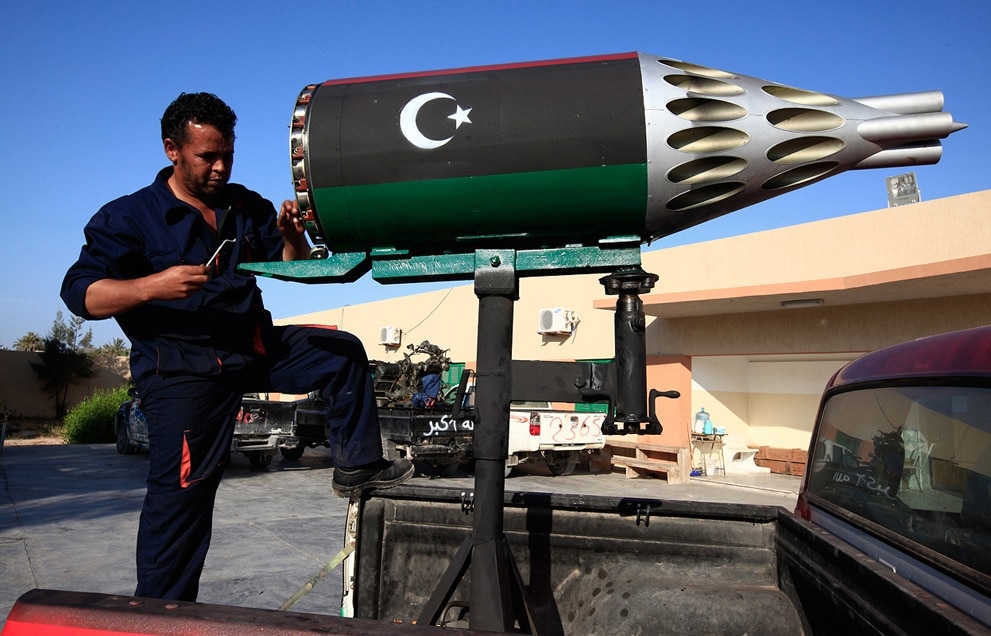 Take this UB-32 rocket launcher, for example, and attach it to the back of a pickup truck. Voila! An anti-tank vehicle on a shoe-string budget. This device fires Russian S-5 rockets, by the way, which are typically mounted on million-dollar fighter jets. 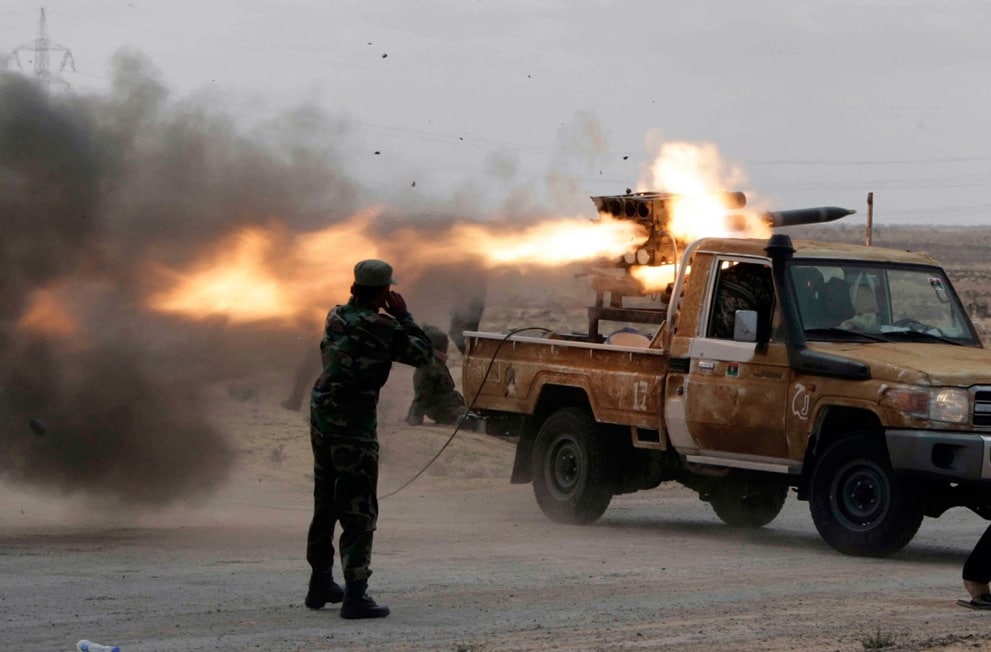