Lost in the Mail: Man Orders TV, Gets AR Delivered Instead

It’s kind of exciting to come home from work and see a brown package sitting on your front door step. Usually, it provokes one of two reactions. If you’re the type of person who rarely shops online, then you probably think, “Ohh! My thing is finally here!” If you’re the type of person who does online shopping all of the time, your first thought is likely, “I wonder what it could be. It’s like Christmas in the middle of the year!”

Seth Horvitz of Washington, DC was in the first category. He was looking forward to the TV and knew the second he saw the big, brown package sitting outside his door that something was wrong.

The package was long and slender rather than wide and flat. “The package didn’t match the shape,” Horvitz told DCist in an interview.

He flagged down the UPS driver and asked him if there were other packages addressed to him that went along with this one, but the deliveryman explained that he only had one package with Horvitz’s name on it.

The only way to solve that mystery was to break open the box. Horvitz recalled the event, “Even as I opened it there were some metal parts and I thought, ‘Oh, maybe these go with the TV?’ And then of course as I opened the foam up a little further, it was kind of a huge shock to see that this was a military-grade rifle.” 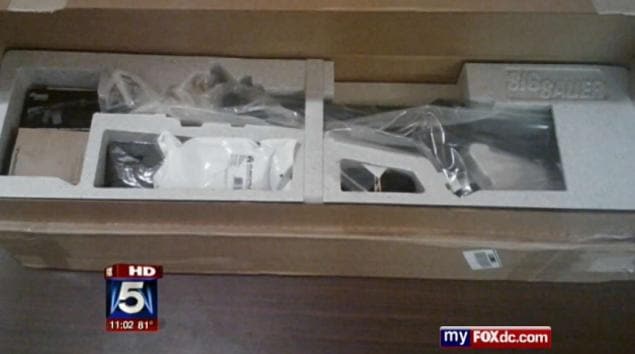 More precisely, it was a Swiss-made Sig Sauer SIG716 assault rifle with a total length of 37 inches – just two inches off from the 39-inch LED TV Horvitz was expecting.

Possession of an Illegal Firearm — Accidentally

That presented Horvitz with something of an ethical conundrum. What do you do with a high-powered rifle that isn’t yours and is illegal to own? The rifle has a suggested retail price of $2,132, nearly seven times the price of the $320 TV he ordered, so it might have been tempting to do something unethical and keep or resell the pricey gun. 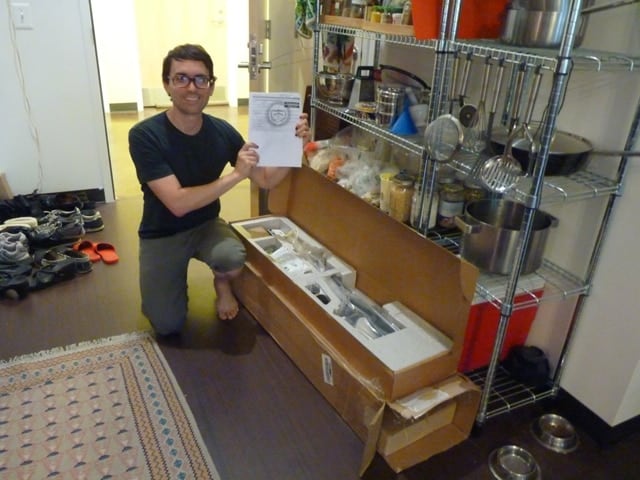 To his credit, he did the most sensible thing he could: he called the cops. He knew that simply owning a gun like this was illegal in the District of Columbia and that transporting it in a car was also illegal, so he just stepped back and let the cops come and confiscate it.

But Where’s My TV?

With the highly illegal weapon safely out of his home and on-record acknowledgement from the police that he wasn’t involved in any wrong-doing, there were only two questions remaining: How could this have happened? And, where in the world was Seth Horvitz’s TV?

The only clue he had was an invoice in the box, which clarified that the gun’s intended recipient was a gun store in Pennsylvania.

Horvitz contacted Amazon, UPS, the third-party vendor, and his credit card company. Nobody claimed responsibility, which isn’t very surprising. Would you want to be responsible for illegally shipping an assault rifle to the wrong guy? Wherever the error occurred, somebody really screwed up. Horvitz explained that there were multiple UPS shipping labels on the box, which probably led to the confusion. He added, “Items get mixed up sometimes, but never on this scale.”

Horvitz could have gone on a mission to track down his TV, but after a mix-up like that he was ready to wash his hands of this mess. Horvitz said, “I got my money back and I’m happy to be absolved of the situation at this point.”

Things Could Have Gone A Lot Worse

Horvitz drew a parallel between this mailing error and the recent tragedy at the Aurora movie theater. James Holmes, the alleged shooter, reportedly purchased thousands of bullets and other ballistic gear on the Internet before the shooting. Horvitz said, “I would like to know how this type of mix-up could take place, especially what’s going recently, these mass shootings. I don’t want to be in a situation where this type of weapon can just show up on someone’s doorstep accidentally. I would like to see more precautions taken.”

We have to get behind Horvitz on that one. We’re not against putting guns in citizens’ hands, but a system that can accidentally lose an assault rifle needs to be fixed – and badly. If Horvitz happened to be a slightly less ethical individual, that gun could have disappeared onto the streets with no paper trail, no records, and no documents to tie the gun to its original owner. 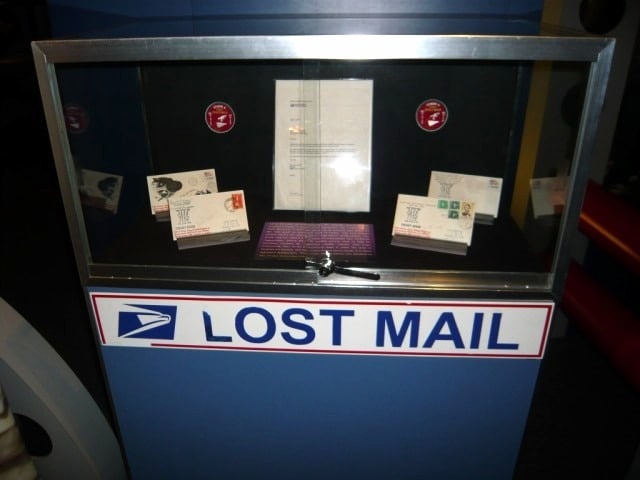 We’re not saying that the way the government monitors gun sales is good or bad necessarily – that’s a whole different debate. What we are saying is that there is a flaw in this system that could enable people to work outside of the law and get untraceable guns.

It really makes you wonder. We only heard about this assault rifle because it was reported. How many other guns have vanished because a shipping company printed the wrong label, or because a vendor typed a 6 instead of a 9 on a zip code? Is this mailing error a one-in-a-million accident, or is this symptomatic of a much bigger problem?