On Thursday, in what was by most accounts and embarrassing error, Florida prosecutors mistakenly disseminated confidential Zimmerman case documents, which included a grainy black and white photo of Trayvon Martin’s body and Zimmerman’s college transcripts.

The material was released by Special Prosecutor Angela Corey’s office, which upon discovering the mistake issued a statement asking the media to “please disregard and do not use the information contained in the initial e-mail. It was inadvertently attached.”

In a follow up email, a Corey aide also warned reporters that a “photo depicting the killing of a person” was “confidential and exempt” pursuant to state law. 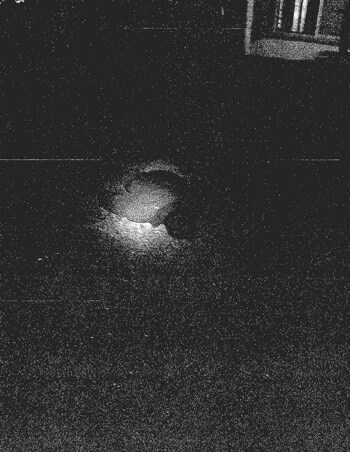 The blurry photo depicts Martin lying face down on a lawn; it was one of three photos taken by an unnamed witness in the immediate aftermath of the shooting.

As for Zimmerman’s community college records, those included his original application to Seminole State College of Florida and his class transcripts, which detailed his low marks and less than stellar academic performance – he was on academic probation.

Corey’s office later released a redacted version of the court documents, which omitted the photo and the Zimmerman school records.  But by that time, the news media had run with the material and the genie was out of the bottle (as evident by the published Martin photo).

The presiding judge on the case, Circuit Judge Kenneth R. Lester Jr., has complained in the past about the media’s coverage of the shooting.

“News stories have been routinely disseminated presenting opinion and rumors as fact. Any person who has logged onto a news website in the last three months has at the least seen a headline relating to the case,” he wrote in a six-page order, which sealed some court documents.

“As noted, common sense tells this court that the full disclosure of information, as sought by the media interveners, will irreparably harm the … ability to receive a fair trial,” he added.

Will Zimmerman receive a fair trial?

Well, he may not even go to trial.  Coinciding with the release of those confidential documents was news that Zimmmeran’s defense would pursue to have his second-degree murder charges dismissed under Florida’s controversial ‘Stand Your Ground’ law.

“Most of the arguments, witnesses, experts and evidence that the defense would muster in a criminal trial will be presented in the ‘stand your ground’ hearing,” Zimmerman attorney Mark O’Mara said in a statement on Zimmerman’s official website.

At the hearing, Zimmerman’s defense will go before Judge Lester and attempt to show conclusively that Zimmerman “reasonably believed” that his life was in jeopardy or that he was about to suffer “great bodily harm” during his altercation with the unarmed 17-year-old. 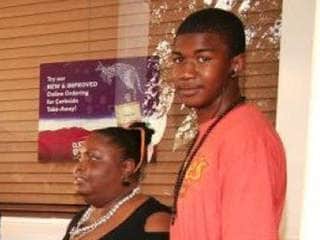 If Judge Lester accepts Zimmerman’s narrative, then his use of deadly force against Martin will be considered lawful and the charge of second-degree murder would be dismissed.

According to the website, the defense feels confident that Zimmerman acted reasonably and within the law, stating that evidence shows “clear support for a strong claim of self-defense.” The statement also urged “everyone to be patient during this process and to reserve judgment until the evidence is presented in the ‘stand your ground’ hearing.”

One of the critical factors in determining whether the court will accept a claim of self-defense at an SYG hearing is the shooter’s credibility.  And for Zimmerman, his credibility took a major blow when he, along with his wife, attempted to deceive the court with respect to their finances, as Janet Johnson, a Jacksonville defense attorney, told the Associated Press.

“His credibility in asserting that he lawfully ‘stood his ground’ is key and he has been proven to be less than credible in prior dealings with the court,” said Johnson.  “The defense will try to limit how much of this comes in” to play.

Given all the controversy this case has garnered, the media circus that’s followed it, the prevarication by Zimmerman and his wife regarding money, Zimmerman’s bizarre interview with Sean Hannity and, now, this mistake by prosecutors releasing confidential documents, it’ll be interesting to see how this plays out.

What are your predictions?  Will Zimmerman go to trial?  Or will the defense succeed at establishing the lawful use of self-defense at the SYG hearing?  Also, if Zimmerman does go to trial, will he be found guilty of second-degree murder?