The Truth About Guns: No politics, just numbers

Guns. Most can’t even mention the word without automatically making it a political issue. Just about everybody’s got strong opinion about guns – you either love ‘em or you hate ‘em. 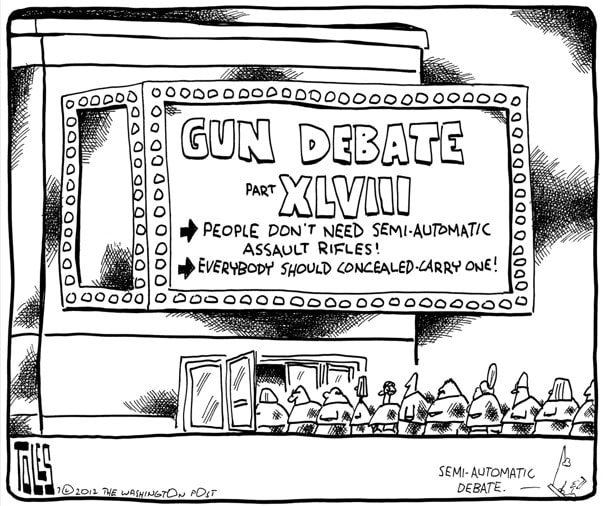 Perhaps it’s that love-hate mentality that makes it so difficult to talk about guns. Even in a reasonable debate about gun politics, it wouldn’t be surprising if it quickly devolved into assertions about Constitutional rights or accusations about rampant gun-wielding criminals. Can we disentangle guns from the politics and emotions for a bit? Can we just talk facts?

That was the topic of a recent NPR Talk of the Nation story. Yeah, we know – a lot of gun rights advocates wouldn’t look to NPR for a source of balanced gun news coverage, but this story was more about the numbers and less about political spin.

It’s almost hard to believe that you could get a bunch of people who are objectively neutral on the gun control debate and talk about what is effective rather than what promotes their specific agenda, but it looks like these two guests stayed level-headed. Early in the interview, Rosenberg lamented that politicians “are afraid of the gun lobby, and they’re afraid to really vote with their head and to support the kind of research we need to be able to save lives from these firearm injuries.”

Gallup is one of the most respected and well-established polling groups in the country, yet Saad admitted that the data on gun ownership and gun usage isn’t always as concrete as they would like. They know some of the basics, such as the recent uptick in gun love: “we found 47 percent of Americans saying they have a gun in their home or elsewhere on their property, which was a recent high from over the last decade … Then we follow it up and say: Does this gun belong to you personally, or does someone else in the household? And we wind up with about a third of Americans say they personally own a gun, 34 percent.”

Past that, though, things start to get a little bit hazy. Rosenberg asked Saad if Gallup knew what types of guns people owned, but she responded that they hadn’t asked that question for years and could only speculate. 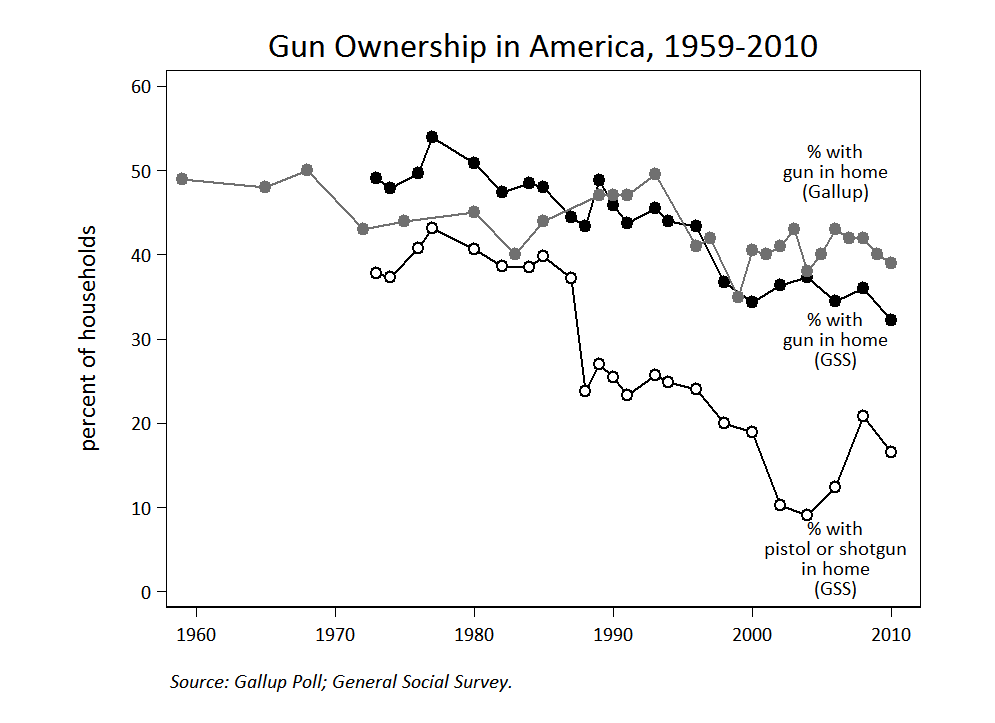 However, can probably draw reasonable conclusions based on the answers people give about why they own a firearm. Saad explained, “About two-thirds of gun owners tell us they own one for protection, about half say for hunting and a slim majority for target shooting.” It’s probably logical to guess that the gun owners who carry guns for protection probably own pistols, while hunters are more likely to own rifles.

Get Money, Do Science, Save Lives

Rosenberg argued the government needs to begin investing money into gun research to figure out once and for all what the benefits and risks of gun ownership actually are. He said, “In the area of motor vehicle injuries, we have spent hundreds of millions of dollars on research … And as a result, since 1974, we’ve saved more than 300,000 lives. But in the area of firearm injury deaths, we spend almost nothing.”

Once again, the objective is to save lives rather than push a gun control / gun rights platform. The government and private groups could use the new data to develop programs that could more effectively reduce the number of gun-related accidents and deaths. 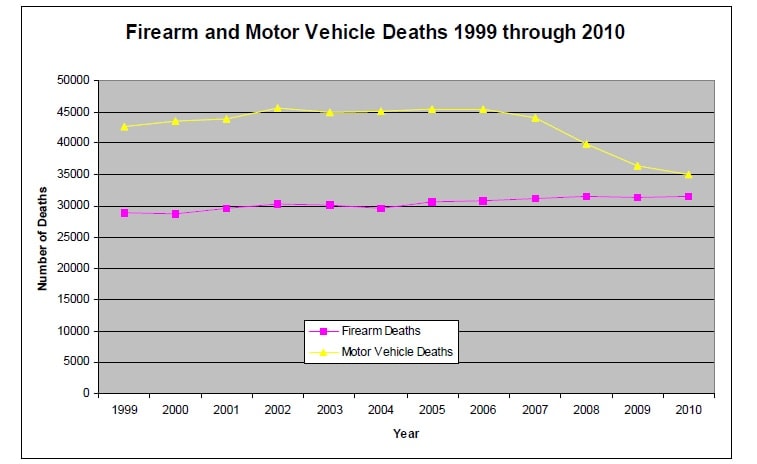 At the very least, the American public would be more informed of the facts rather than speculating over politically-charged propaganda. For example, did you know that the overwhelming majority of gun deaths are suicides? Rosenberg stated that 60 percent of gun deaths are suicides, while about 40 percent are homicides. In 2009, there were “550 (deaths from) unintentional injuries, 11,500 homicides, and suicides are 18,700.”

If Guns Save Lives… But How Many?

One of the biggest arguments of gun rights advocates is that “guns save lives.” They certainly do that from time-to-time, but when one caller asked what the numbers were on that particularly statistic, Saad and Rosenberg could only shrug.

So, what are the numbers? How many lives are saved by guns? How many deaths can be avoided? When you peel away all of the layers of political jargon and take a look at the heart of guns in America, where do they stand?