You could be the most hardcore advocate of the Second Amendment, and you’d still have to admit that there are some places where you aren’t allowed to carry guns. Private property is a good example. If there’s a sign posted at a private business or restaurant then you either obey their rules and leave your gun, or go somewhere else.

However, the government (much to gun owners’ chagrin) has the authority to tell us where we can and can’t carry firearms. If they tell us that carrying a gun on school grounds is illegal, then there’s not much that be done about it (outside of voting in different politicians or fighting the unjust law in court).

But what happens when the government tells you not to carry a firearm in a place where carrying a firearm is perfectly legal? And even worse – what if a government servant misinforms the public by saying that it is illegal when it’s not? Both of those questions were recently tackled by Philip Van Cleave, the president of Virginia Citizens Defense League.

It’s Not Allowed, But Totally Legal 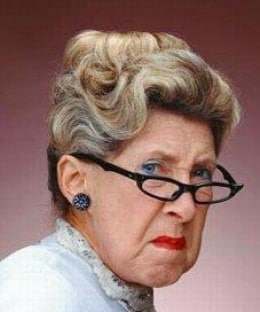 You see, the public library in Richmond, Virginia, has this long, extensive list detailing everything that isn’t allowed, and revealing just how much they love the word “prohibited.” Smoking is prohibited; soliciting services is prohibited; misuse of restrooms is prohibited; carrying concealed weapons of any type is “prohibited by state law.”

Ooh, they really beefed up that last one, didn’t they? Guns are prohibited by state law. But, as it turns out, they aren’t. In fact, in January 2012 the Virginia General Assembly looked at a bill that would give libraries the authority to prohibits firearms, but it failed.

So Van Cleave, nice guy that he is, called up the library and explained that the wording was incorrect. He reminded them that the library has no authority to tell people that they can’t carry weapons into a public library when the law allows it.

But the library folks didn’t take down the restriction, but they did shuffle around the wording a bit. Van Cleave said that the new terminology is “Carrying concealed weapons is prohibited, except as permitted by law,” which glosses over the fact that concealed carry weapons are permitted by law, but the implication will probably intimidate or confuse gun owners into leaving their firearms at home.

You’d think that a bunch of librarians would be more precise with their terminology.

We’re Not Breaking Any Laws!

Van Cleave wants to clear up any confusion about the misleading wording by holding a public read-in at the Richmond Public Library tomorrow and he invites as many Virginians with guns as possible to participate in this perfectly legal peaceful assembly. 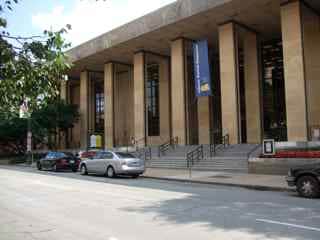 Van Cleave announced in a mass email, “As I see it, they are discouraging concealed carry in the library with their confusing policy. So, I guess they want everyone to open carry. So be it.”

The read-in will take place Aug. 15, from 5pm to 7pm at the Richmond Public Library on 101 East Franklin Street. Van Cleave said he will kindly give heads up to the local police to warn them about the event, and anticipates that this story will gain the attention of more gun rights advocates and local media.

This event should send a strong message to the people of Richmond, Virginia. To the government the read-in will say, “You can’t trick us into compliance just because you don’t like guns.” To fellow citizens the read-in will say, “Don’t be intimidated by the library’s misleading rules; they can’t stop you from exercising your right to defend yourselves.”

Tomorrow should be a great moment in the history of personal freedom. You may take our library cards, but you can never take our freedom!