Pennsylvania Gun Owner to be Charged for Stopping Thief

A thief’s stealing spree was stopped cold when a Pennsylvania man pulled his gun on the robber in Lower Yoder Township, a town about 60 miles east of Pittsburgh. So, what’s the good Samaritan getting for his act of bravery? A medal? A pat on the shoulder from the police? Nope — he’ll be getting a reckless endangerment charge, instead. 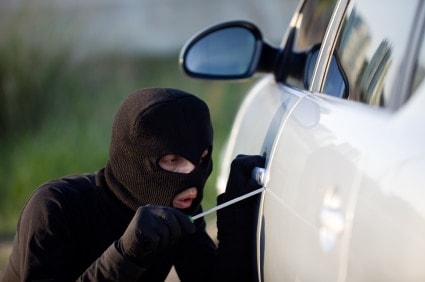 West Hills Regional Police report that Gary Michael Dobis, 27, was drunk and high on Suboxone, a drug used to treat heroin addiction, when he began breaking into cars to steal cell phones and other items that were left inside. Dobis allegedly broke into a dozen cars, but he was stopped when Lee Roy Bumford pulled up in his car next to Dobis and leveled his .45 pistol at him.

Police eventually caught up and were able to arrest Dobis. He is being charged with 12 counts of attempted theft from a motor vehicle, drug possession, public drunkenness, disorderly conduct, and four counts of carrying prohibited offensive weapons – ninja throwing stars, oddly enough. Dobis was hauled off to the hospital where he received treatment for his high drug and alcohol levels.

Bumford was also stopped near the scene, and police expect to slap him with not one but two different charges – one for reckless endangerment from pointing a firearm, and the other for disorderly conduct because Bumford never called the police.

So, how legitimate are these charges? Guns.com did some digging on Pennsylvania law, and we’ll let you make up your own mind.

According to Onecle, 18 Pa. Cons. Stat 2705 reads, “A person commits a misdemeanor of the second degree if he recklessly engages in conduct which places or may place another person in danger of death or serious bodily injury.”

Uh oh. Based on that description, we regularly violate disorderly conduct laws every time we watch a heated sports game or hang out with a few of our buddies. Who knew that flicking off your drinking pal or cussing at the TV was illegal?

We can understand why the police would want to pin Bumford with the reckless endangerment charge, but the disorderly conduct one is a little bit sketchy. The only one that seems to come close to not calling the police is the fourth category. But what do we know? We’re reporters, not lawyers. Does these laws seem to apply to Bumford’s situation?

The other question worth asking is should these laws apply in Bumford’s situation? Sure, the state can technically charge Bumford, but there are plenty of other cases wherein a gun owning citizens actively help police and they’re commended for their behavior. This guy killed one thief and wounded two others, and he won’t be charged. This old lady shot at five crooks and she won’t be charged. This guy joined a shootout between a cop and a gunman, shot the gunman, and he still won’t be charged.

The line between being a good Samaritan and being an overzealous vigilante seems fuzzy, indeed. And by “fuzzy,” we mean arbitrary. We understand that pulling a gun on someone varies on a case-by-case and state-to-state basis, but is it really a good idea to punish a Joe Blow citizen for stopping a crime in progress? Was Bumford justly charged for escalating a simple crime to a life-threatening scenario? What do you think?