Unity Tactical is a recent startup company that is currently in the development and production phase, but their plans alone have piqued our interest.

Their most ambitious project is the Fusion modular AR mini-rail system, which is part front sight and part Swiss Army knife. The Fusion system uses a standard base piece that accepts a wide range of bolt-on accessories, including front sight posts, proprietary and universal flashlight mounts, CR123 and AA battery compartments, offset red dot optic mounts, rail extensions of various heights and even laser rangefinding device mounts. It’s a one-stop mega mount that can be configured in more ways than you could ever realistically find uses for. 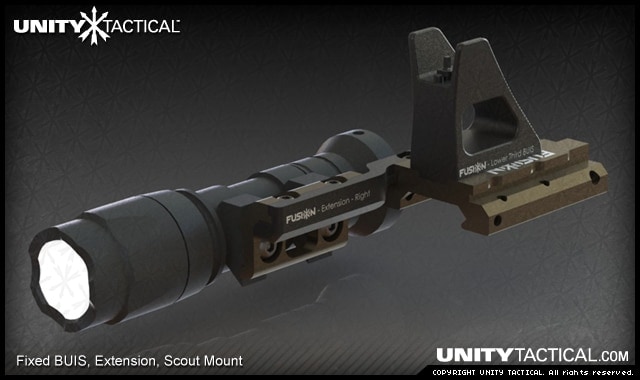 The base mounting plate, or “hub” as Unity calls it, has a Picatinny rail attachment for use with any railed handguards. From their product page, “The hub is constructed from precision milled 6061-T6 aluminum that is then hardcoat anodized in black or [flat dark earth] for durability. The interface points are very strong and provide for a very rigid mount. The picatinny rail hub has 4 mounting surfaces; a top surface, forward surface, and two wing surfaces. All wing accessories are reversible.”

The Fusion system really adds a lot of real estate for accessories on top. This is especially nice for carbine-length handguards that just don’t have enough rail—particularly 12-o’clock rail—for accessories that many users essentially require. 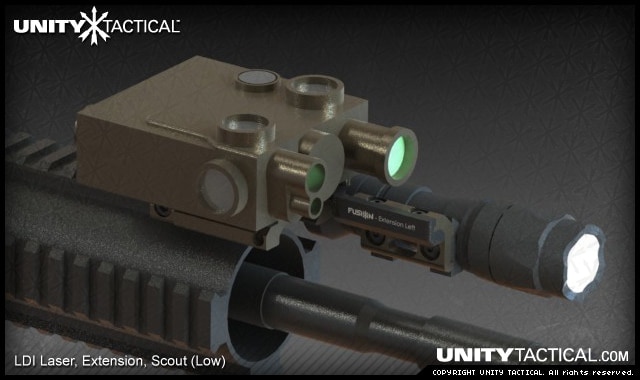 While the Fusion system does have a certain tacticool appeal, and can and most definitely will find its way onto many home-defense rifles, there’s no mistaking this for the military equipment this is. The Fusion system has been in development for some time and has been prototyped and tested, and Unity expect to launch it at SHOT Show a few months from now.

Unity’s second main project is in the pre-order and public evaluation phase. Called Atom, Unity’s red dot mounting system for Glock pistols is also modular, and uses interchangeable red-dot specific plates that allow you to quickly and easily install a variety of optics on your handguns. 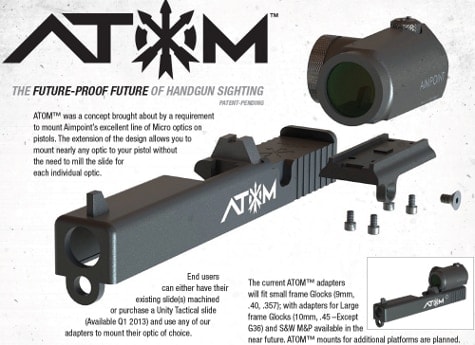 Atom is really low-slung, and allows the user to essentially have a lower-third cowitness with raised suppressor sights. It does require milling the slide, but Unity plans to sell complete slides that are compatible with Glock pistols to make permanent modification unnecessary. Unity will be making Atom mounts compatible with Aimpoint, Burris, Insight, Leupold and Trijicon red dot sights. 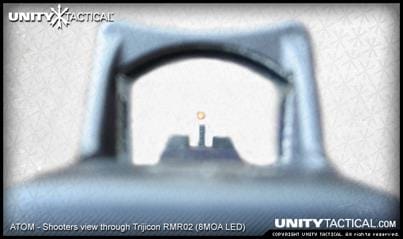 Unity has the look of a company not just with big plans but an eye for what’s in store for the industry down the road. Their approach to problems with modular and universal solution speaks volumes. We look forward to seeing what they produce, and will definitely keep tabs on these guys.