Soaring at 4,500 MPH in the Super-Charged X-51A WaveRider

NASA, the Pentagon and Boeing have pooled minds and resources to construct a record-setting X-51A WaveRider scramjet that should (fingers crossed) be able to sustain speeds of 4,500 mph, or about Mach 6.

For everybody out there who isn’t brushed up on Air Force lingo, Mach 6 is six times the speed of sound.

You think the bullets you shoot out of your gun are fast? Pfft – your typical rifle (depending on the brand, caliber, etc) can only pull off a bullet velocity of around 3,000 mph. So, this jet literally makes bullets seem slow by comparison. 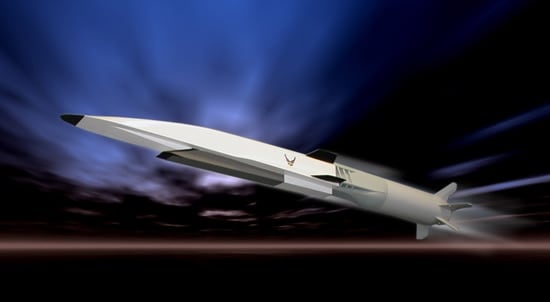 At least, that’s what it’s supposed to do. The military hasn’t had an incredible amount of luck testing the Boeing-made X-51A WaveRider in the past. In the first May 2010 test flight, X-51A successfully burned its engines for 200 seconds and hit speeds close to Mach 5. They had a couple of glitches near the tail-end of the flight, but past that the whole experiment was generally successful.

Things actually went worse in the second test they held in the middle of last year. The WaveRider unexpectedly generated a series of shockwaves, which created too much pressure in the front of the engine and caused combustion to stop before it could achieve full power. 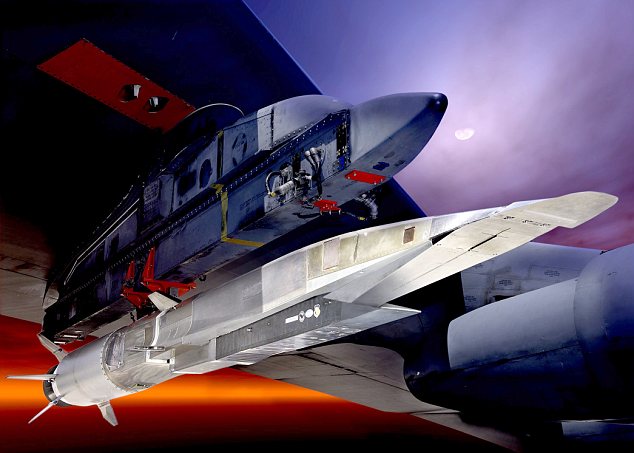 The government hoped that the third time would be the charm when they put another X-51A into the air just this past Tuesday. Unfortunately, bad luck struck again.

A Tweet from Wired (with unconfirmed and unknown sources) indicated that the X-51A failed its test flight miserably. A problem with one of the fins caused a loss of control before the engine could ignite. Had it worked, it would have flown at speeds above 4,000 mph for 300 seconds.

Looking Under the Hood

So, the government is back to the drawing board and we’re back to diagrams, artists’ renditions, and infographics about this unlucky hypersonic aircraft. At the very least, we can get into the nitty gritty of how this thing theoretically works.

Here’s a good question: why do they call it a scramjet? It comes from a basic ramjet design, which compresses incoming air, sets it on fire, and then pumps out the burning air to generate thrust. Add Supersonic Combustion capabilities to a RAMjet, and voila! Scramjet.

Scramjets are kind of a big deal in the world of aviation – they’re about as different from jets as jets are from propeller-based aircraft, so throw out everything you think you know about jets for the time being. 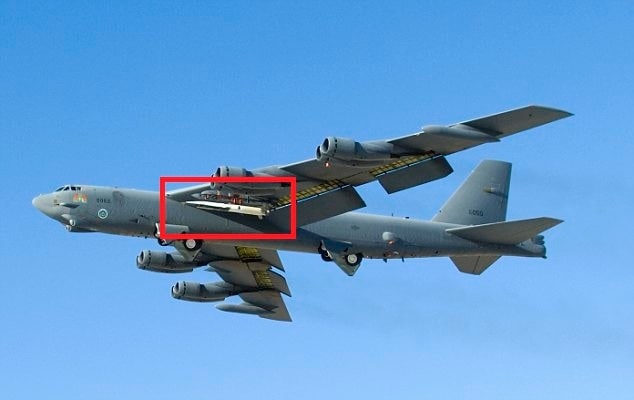 First off, these things are launched mid-air. They’re hauled up on the wing of an enormous B-52 Stratofortress, and then dropped so that it can soar up to an altitude of 70,000 feet, or about 13 miles above sea level.

At that point, the back of the scramjet breaks off, kind of like how space ships break apart in stages as they rocket towards space. The X-51A then jumps up to full burn to shatter the sound barrier and hit speeds that would enable it to traverse the USA in less than an hour.

So, ready to see this thing in action? Here’s footage of the relatively slow initial launch sequence before it breaks off and propels itself into the distance. It doesn’t seem like it’s worth all the fuss in the video, but keep in mind that you don’t see it hit full speed, and it’s also being chased by a pair of high-speed military aircraft.

The term “scramjet” is a little bit misleading because a scramjet is a type of engine, not a type of aircraft. You could call this thing a jet and you wouldn’t technically be wrong, but you shouldn’t limit yourself to assuming that it will only be used as a jet. There are a couple of different paths that the U.S. government could take with this hypersonic technology.

The first option is to install a few seats in it and create the fastest transport aircraft ever made. The second option would be to tip the thing with a nuclear warhead and create an unstoppable nuclear missile. A weaponized X-51A would scoff at modern-day missile defense systems – keep in mind that this thing outruns bullets, so shooting one of these things down with missiles or bullets is pretty much impossible.

The third option, and one that’s looking increasingly more likely, is to scrap the whole program and quit while we’re behind.

The U.S. has spent $140 million on three incredibly high-speed fireworks and about $2 billion on hypersonic technologies. After two failures and one shaky success, the X-51A will leave politicians who allocate military funds with more questions than answers, namely: Is the X-51A WaveRider really worth all this money?