Recently it came to my attention that there is a gun shop and gun range that has been reporting its users to the local police. These are not criminals, but law-abiding citizens.  At first I could not imagine why someone would do this, but after doing some digging it became a little clearer.

First let’s get a little background on the gun range itself, Brew City Shooters Supply, which was previously known as Badger Guns and before that Badger Outdoors.  Last year, these guys were considered top sellers of guns used in crimes by the West Milwaukee Police according to an article in the Milwaukee Journal Sentinel.  The original owner of the store, Adam Allan had his FFL revoked by the BATFE and the store closed on Dec. 31, 2011.

When the store reopened under new management, Adam’s brother Mike Allan, unveiled a new business model that enamored the shooting range and its owner to the local police department. To purchase a gun at Brew City Shooters Supply, one must be a member of the store and display a proficiency in firearms. These things are not necessarily bad.  What is bad that they have also been voluntarily submitting the names of every single person who uses the range to the local police to have a background check performed that has gotten the attention of some gun rights advocates. 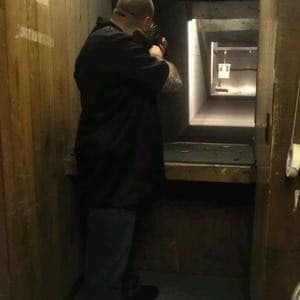 Since 2009 under the last owner there have been roughly 25,000 names submitted to the West Milwaukee Police Department from Brew City Shooters Supply and previously Badger Guns. These names were submitted voluntarily by Brew City and as far as I can tell, without the knowledge of the users of the range. This year alone more than 8,000 names have been run and 47 of those have been flagged as requiring further investigation according to West Milwaukee Police Chief Dennis Nasci.

While I applaud the efforts of Brew City Shooters Supply Owner Mike Allan, who has said, “We definitely want to get word out: If you are a criminal, don’t come here or you will be prosecuted”, giving the names of your customers to the local police department is not the answer. I attempted to contact Brew City Shooters Supply over this issue but have yet to get a response as to why they do this and how do their customers feel who have done nothing wrong about having their names run for criminal checks.

Some may say, Well if you have done nothing wrong, you have nothing to fear. Well, it’s this assumption that if you resist to anything, you are a criminal simply by failing to comply, that concerns me the most. This needs to stop and the quicker, the better because I believe this attitude has made it possible for our gun rights to be chipped away at in the past and why if we are not vigilant we will continue to lose them.

If the local police department was so worried about guns falling into the wrong hands then maybe they should have targeted the criminals and not the gun shop itself. Maybe there should have been an effort by the federal government to go after the straw purchasers and prosecute to the fullest extent of the law those buying illegal firearms rather than taking long hard looks at the folks who have nothing to hide? 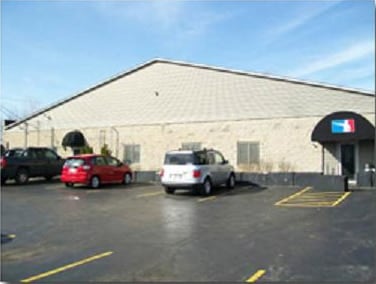 So what should be done? I assume the owner of Brew City Shooters Supply only thinks he is doing what is right, but to this shooter it is fundamentally wrong. The gun owners at that range are not criminals, they are everyday people. The fact that according to Chief Dennis Nasci only a “few” of all of those names submitted were even prosecuted sounds to me like all of those hours of someone having to run those names was likely wasted. The person who has to sit at a computer and type those names costs a lot more than you’d think too.

I would hope that Mr. Allan would have a change of heart because his intentions while honorable are certainly misguided. Trying to please local law enforcement by giving them names of your customers to keep them off of your back is the wrong way to go. I do think that Brew City Shooters Supply may be in for a drop in business and unfortunately it may take that to get the attention of the owners that there business model is bad for business.