Burris has developed three new surprisingly affordable smart scopes. New Eliminator, Eliminator II and III Laserscopes follow in the footsteps of the existing Eliminator but with new levels of magnification and more features.

What makes the Eliminator series of rifle scopes smart is an automatic 1/3 MOA bullet drop compensator and wind meter that light up the reticle to tell you precisely where you need to hold over. Combined with a laser rangefinder, the Eliminator also tells you just how far away your target is. 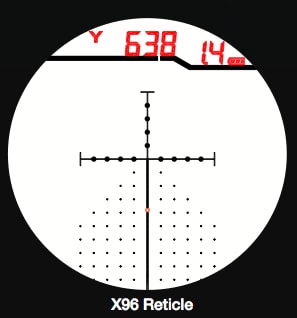 Eliminator smart scopes work with nearly all rifles and all calibers, and is essentially sighted-in at the factory.

Accompanying the model II and III is a new base model 3.5-10x40mm Eliminator. Like the 4-12x42mm model, it also needs to be at maximum magnification to use the smart reticle. You can see more details about these new models in the Burris press release.

The Eliminators have a range-finding capability out to 800 yards, the Eliminator II 999 and III 1,200 yards.

There are some other neat features that come with these scopes. Eliminators use Burris’ new ultra low-profile mounting system. The bottom of the scope has two short lengths of Picatinny rail that attach directly to your rifle’s optics rail. Eliminators have a click-adjustable reticle that uses 1/4 MOA clicks. Eliminators have wireless remote power switches that you can mount anywhere you like on your rifle.

The original and new Eliminators are a terrific way to ensure that you are on-target with your first shot every time. Smart scope technology comes to us from the battlefield yet it will make more humane hunters of us all. If you’re an avid sportsman, check out Burris’ Laserscopes. They’re the future of hunting, and will no doubt make waves in other more tactical shooting realms.