I’m becoming more and more inclined to believe that polls surveying the public on guns and gun control are a complete waste of time.

I’ve come to this conclusion for two main reasons: (1) I’m pretty sure the average poll participant has no idea what an “assault weapon” is and (2) poll results always reveal an inherent contradiction in how the public actually feels about guns and gun control.  To put it another way, while the public ostensibly supports gun control, e.g. a ban on “assault weapons” they also seem to be aware of its futility.

Two recent polls, one published by Public Policy Polling and the other conducted by Quinnipiac University and published by the New York Times and CBS illustrate my complaints perfectly. 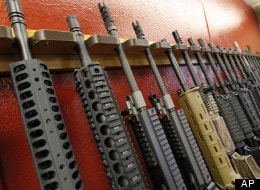 To address my first complaint, did pollsters at PPP clearly define what an “assault weapon” is when they conducted the survey?  Well, in looking at the question, it appears they did not:

Q9 Would you support or oppose a federal ban on the ownership of assault weapons?

So, instead clarifying what this nebulous and menacing-sounding term means, pollsters simply allow the participant to speculate.

It stands to reason that if the question were to say, would you support or oppose a federal ban on semiautomatic AR-15s, one of America’s most popular sporting rifles, the results would probably be much different (although, one might have to explain the difference between ‘fully automatic’ and ‘semiautomatic’ to really allow the participant to make an educated and informed decision).

My other criticism pertains to the public’s knowledge with respect to the efficacy of gun control.  While the public supports banning “assault weapons” and high-capacity magazines, they also recognize that these laws would not have stopped a sociopath like James homes from killing innocents: 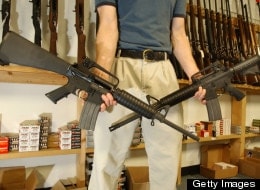 So, how does one square this contradiction?

This interesting phenomenon is also backed up by the NY Times poll, which reported that in general only 38 percent of Colorado voters favored stricter gun laws.  Half, 50 percent, responded saying the laws should remain the same.

Where does this leave us?  Well, if we are to believe these polls, it appears the public wants to keep the status quo with respect to gun laws, aside from placing a ban on menacing-sounding firearms and magazines even though it won’t do anything to stop mass shootings.

Unfortunately, this flawed logic is exactly what the gun control crowd feeds upon.

“That is great news,” State Rep. Beth McCann (D-Denver) told the Colorado Independent. “The poll results give me more confidence that Colorado voters don’t think assault weapons need to be available to people other than police officers or those in the military.

“There is really no use for these weapons other than to kill as many people as possible, so I am very pleased. This is encouraging,” she said with respect to the results from the PPP poll.