Two state lawmakers are spearheading efforts to bring comprehensive gun control reform to the Empire State on the heels of the mass shootings in Wisconsin and Colorado. 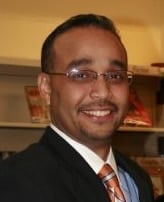 Sen. Peralta’s bill would make it illegal for any person to purchase or receive more than 500 rounds of ammo in a 30-day period.  Violation of this provision would result in a class A misdemeanor.

Additionally, the bill would prohibit a retail dealer from selling a person more that 500 rounds in any 30-day period, subject to the same penalty.  And under the bill, retailers would be required to record and keep personal information of purchasers including their name, address, date-of-birth, telephone number, and the specifics of the ammunition purchased.

“This bill would make it illegal for you to buy two cases of shotgun shells and 100 rounds of .22 ammunition to take your kids out target shooting,” Jeremy Rine, U.S. Sportsmen’s Alliance In-House Counsel and Associate Director of State Services, told the popular pro-gun publication.  “Limiting the amount of ammunition sportsmen can purchase only serves to take away the rights of law abiding citizens while doing nothing to prevent crime.”

Not to be outdone by his fellow Democrat, Sen. Gianaris literally went to the Brady Campaign to Prevent Gun Violence and had members of the pro-gun control organization create his legislation, which would institute the following provisions:

•    limit New Yorkers to purchasing only one gun per person per month
•    mandate a 10-day waiting period for all gun purchases
•    require background checks for all gun sales, even those between a private seller and buyer
•    require dealers to report all firearm and ammunition sales within 24 hours to the state Division of Criminal Justice Services, where records would be kept on file for at least a decade
•    limit ammo sales to permitted dealers
•    require gun buyers to take a safety course

It’s important to note that, currently, New York is ranked fourth on the Brady Campaign’s list of states with the toughest gun laws, with a score of 62 our of 100 (CA is in first with 81 points, NJ is in second with 72 points, and MA is in third with 65). 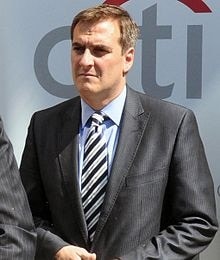 Passage of all six provisions would give New York a perfect Brady Campaign gun control rating, with 100 points.  Yes, it is safe to assume that Sen. Gianaris is nothing more than a mouthpiece for the Brady Campaign.

“The recent rash of gun violence makes clear that enough is enough. It is long past time to improve our gun laws and New York should lead the way,” Gianaris told the press. “With the enactment of these sensible gun laws, New York will establish itself as the nation’s leader in combating gun violence. I will continue to push hard until we get results and make the streets safer.”

Whether or not these bills will gain any traction in the state Senate remains uncertain.  What is relatively clear is that with this year’s legislative session winding down, the bills won’t be given any serious attention until next year.  Hopefully, by that time, cooler heads will prevail.

In the meantime, gun owners are left to wonder about the types of politicians we’re putting into office.

In this regard, I think Sam Paredes, executive director of Gun Owners of California, was right when he recently told the Associated Press, “We’re governed by people who have an inordinate fear, a knee-jerk, visceral, emotional reaction to guns.”

I’m sure gun owners in New York (Illinois, Massachusetts, etc.) agree with his statement.  Consequently, maybe it’s time to stop voting for the likes of Sen. Gianaris and Sen. Peralta?  What do you think?