The very M60 machine gun used four times on the television show “Walker, Texas Ranger” starring the great Chuck Norris is up for sale. The M60 is a functioning Title II machine gun and comes with extras and a note from the prop company to establish provenance and proof that the M60 experienced a full dose of Chuck Norris and survived.

Included with the M60 are two tripods, in addition to the barrel- mounted bipod and a second barrel that has been modified to fire blanks. It’s in good condition and the asking price is $30,000. While a steep price for most gun owners, this Rock Island Arsenal M60 doesn’t command a price premium over other similar M60s even though it has a unique pedigree. 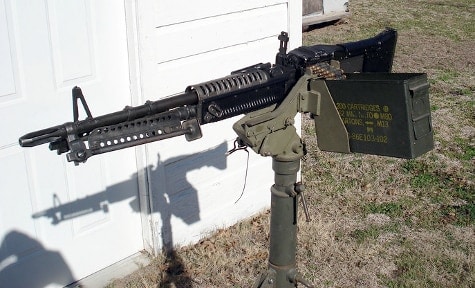 The M60 is being sold by ATFmachinegun.com (no apparent relation with the branch of government) which is a respected firearms dealer. 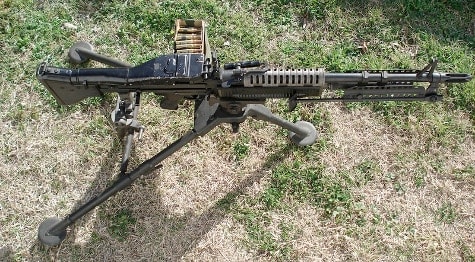 If you don’t have the $30,000 for an M60, even one that has been in the presence of Chuck Norris and has proven to make its owners taller, thinner and prettier, ATFmachinegun.com is selling many other firearms, Title II and otherwise, for quite a bit less, including Colt M16s, Stery and Reising machine guns, a few Tommy guns and even a Armsel Striker 12-gauge “Street Sweeper” drum-fed shotgun.

The M60 is a general-purpose belt-fed machine gun. It was developed to replace the M1918 BAR (Browning Automatic Rifle) and the M1919 Browning machine gun, and is a direct response to Germany’s MG 42 machine gun.

It’s been in service since 1957 and is still used to this day, not just by American forces but soldiers around the world, and has been featured in television and movies for decades. In addition to “Walker, Texas Ranger” the M60 has been featured on “Magnum P.I.,” “Miami Vice,” “A-Team,” the Rambo films, “Apocalypse Now,” “Three Kings” and of course, “Red Dawn,” to name just a few.

The M60 is one truly iconic machine gun. The fact that this one has a little Chuck on it makes it even better. You can see all the photos of it here.