Mitt Romney knew what he was doing when he selected rising Republican star Rep. Paul Ryan as his vice presidential running mate.

The decision not only strengthened the Romney campaign’s credentials on the lynchpin issue of the election: the economy – the Wisconsin lawmaker is widely known as a deficit hawk and a fiscal policy wonk – but it also shored up Mitt’s political shortcomings on other key issues such as, well, guns! 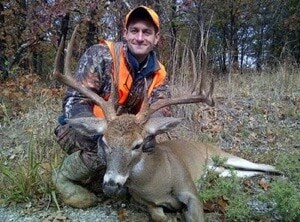 For starters, Romney is not a serious hunter.  He’s admitted as much in the past, albeit it an embarrassing explanation about his hunting experience.

“I’m not a big-game hunter,” Romney said back in 2007 during his first presidential bid. “I’ve made it very clear, I’ve always been a, if you will, a rodent and rabbit hunter all right? Small, small varmints, if you will.

And I began when I was, oh, 15 or so, and have hunted those kinds of varmints since then — more than two times. I also hunted quail in Georgia, so I’ve — it’s not really big-game hunting, if you will, however. It’s not deer and large animals. But I’ve hunted a number of times of various types of small rodents.”

It goes without saying, but this made many gun owners cringe – “What the hell is this guy talking about?”  To be fair to Romney, it wasn’t so much what he said, but how he said it, if you will.  He sounded uncomfortable, as if he were a robot trying to articulate the nuances of human emotion.

However, now, Romney no longer has to worry about appearing soft (or glib and robotic) on gun-related issues.  His number two is a legitimate hunter, with an A rating from the National Rifle Association.  Quite frankly, there’s little doubt about it, Paul Ryan enjoys guns and hunting.

This fact has long been known.  In 2000, when news of his engagement made the Milwaukee Journal-Sentinel, editors had this to say about the young Republican, “Ryan is an avid hunter and fisherman who does his own skinning and butchering and makes his own Polish sausage and bratwurst.”

So, a few days ago when Ryan said the following at a campaign rally in Pennsylvania, it didn’t at all come across as disingenuous:

“Hey, I’m a Catholic deer hunter,” Ryan said, spoofing on a 2008 Obama remark about clinging to guns and religion.  “I’m happy to be clinging to my guns and my religion.”

Talk is cheap though, you might argue.  So the real proof lies in Ryan’s voting record.  In examining his record it becomes even more apparent that – as Paul Barrett, the author of GLOCK: The Rise of America’s Gun, noted in his Bloomberg column – “Ryan’s firearm credentials are unimpeachable.”

To give you a quick rundown, Ryan voted yes on prohibiting lawsuits against gun manufacturers and gun sellers for product misuse, he voted to decrease the waiting period for background checks from 3 days to 1, he fully supported the House’s National Right-to-Carry Reciprocity Act, he voted to ban gun registration and trigger lock laws in Washington DC, and he signed the Affordable Reloaded Munitions Supply (ARMS) Act.

So, there you have it, Ryan is pro-gun.  Not for political reasons (although, let’s not kid ourselves, I’m sure that helps too), but because he really likes them.

On guns, I give Paul Ryan 4.5 out of 5 stars.  If Romney becomes the next president of the United States, I think 2nd Amendment advocates will sleep relatively well at night, thanks in large part to Paul Ryan’s presence in and around the White House.