We all dread that moment when we know in our gut that somebody is breaking into our home. For 60-year-old Donald Kimbrough of Monroe County, Mississippi, that moment came at around 7:20 Monday night.

Kimbrough recalled that moment of gut-wrenching anxiety: “I noticed that my gun safe was open and that my cabinet doors were open and stuff was just strewed all over the floor.”

This could have been a desperate moment for the former U.S. Army Infantryman, but Kimbrough knew exactly what to do. He told his wife to stay in the car and dial 911, he grabbed the shotgun that he kept next to the door, and he went to investigate.

Kimbrough spotted an individual who was attempting to flee the scene and opened fire. The bullets struck the camper but missed the suspect. 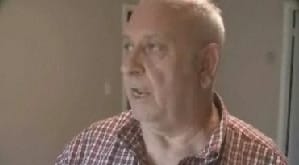 Firing at somebody who has his back turned to you would definitely look bad in a court room, but Monroe County Sheriff Cecile Cantrell said, “I think he did what most people would do. And I salute him for what he did do because I really believe that he was protecting his dwelling and his family.”

According to Cantrell, shooting at the suspect was justified in this case because there was reasonable concern that the thief was armed with Kimbrough’s guns. In fact, four guns had been stolen from the residence, though two were found outside in the backyard.

Considering just how badly things could have gone, Kimbrough was lucky. Neither he nor anyone close to him was injured during the event. We might even go so far as to say that this was an ideal situation for Kimbrough. His wife was still safely outside, he immediately knew that his gun safe had been broken into, he had military training to fall back on, and he just happened to keep a loaded gun next to the door. Things could have taken a turn for the worse if just one of those variables had been different.

What if it had been you?

So, allow us to be pessimistic for a moment and think about the worst case scenario. What would you do if a stranger broke into your home? What if your family members are home? What if you aren’t near a gun when you encounter the thief?

Sheriff Cantrell offered some advice for concerned home owners. He warned that citizens should try to leave the house and call 911. He also added that that you should try to spot clues on the way out if you have enough time. 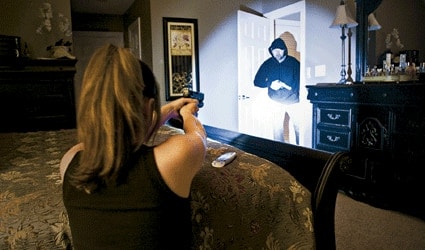 What can you do to maximize your chances of survival in a situation like this? Jeff Anderson of Military.com reminds readers that the best weapon in any home invasion scenario is your brain (though having a gun also certainly wouldn’t hurt).

One smart approach is to teach your family how to react in a home invasion, similar to those practice fire drills you had to endure when you were a kid. Your kids might mope during the exercise, but you could save your kids’ lives just by teaching them proper escape plans and critical thinking skills in crisis moments. Anderson also recommends establishing a code word that you can use to let your family know that it’s time to take things seriously. Set up safe rendezvous points outside of the house so that you can be certain that everybody escaped safely — a trustworthy neighbor would be a good bet.

You should also know your way around a combat scenario. Being able to hit a stationary target at a shooting range is one thing, but being able to clear a room and position yourself so that you have cover is a whole different story. Brush up on tactical tips so that you’ll know what to do and how to do it.

Of course, one of the best ways to stay safe is to prevent home invasions from every happening in the first place. Something as simple as making sure that your doors are locked or setting up an alarm system could be enough to nip a potential robbery in the bud.

Also familiarizing yourself with local laws. Shooting a guy who’s stealing your TV probably isn’t worth it if pulling the trigger will earn you a jail sentence.

Hopefully, this kind of preparation will make sure that you’re as lucky as the Kimbrough’s. They lost money, guns, jewelry, and other valuables because of the robbery, but at least they didn’t lose their lives.