The Hellbreaker is a stylish and truly unique AR-15 lower receiver that is early in development. Its designer, John Sharps, has launched an Indiegogo campaign to raise the funds necessary to get the Hellbreaker into production.

Inspired by the nose art of World War II-era fighter planes, the Hellbreaker has a stylized shark face machined into the magazine well that sweeps back into the integrated trigger guard. The resulting lower is impressive, with form and function. Besides looking cool, the textured magazine well no doubt provides more purchase when using it as a grip if that’s your style. The Hellraiser has simple bullet icons for the safety selector. 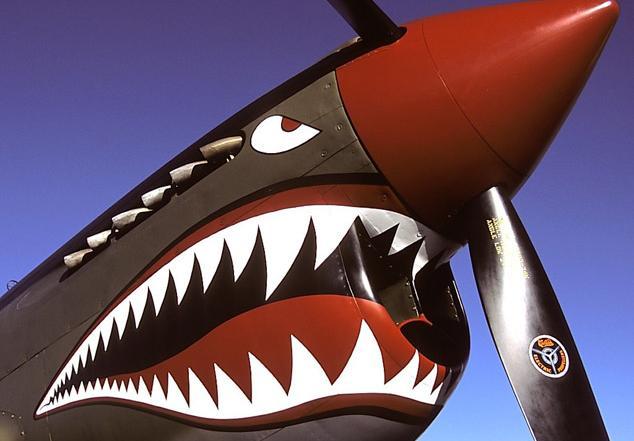 It has so far been successfully rapid-prototyped out of plastic to ensure that everything fits and is compatible with actual AR parts and it has been fully 3D-rendered in preparation of developing a CNC machining program to be used for mass-production. It may need some tooling still to work with CNC machines but the design is essentially complete.

Once that is completed, the Hellraiser will be patented, samples of machined and forged lowers made for testing and evaluation and after that, it will be off to marketing and sales. 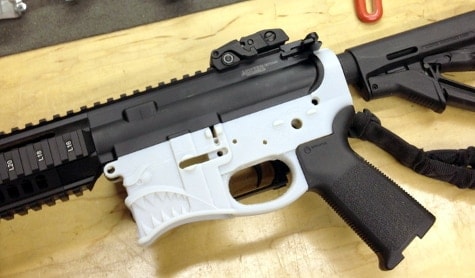 But in order to get off the ground, Sharps needs to raise $6,500 to have the CNC programming and machine tooling made for this shark-toothed receiver. Sharps has less than one month to complete the Indiegogo fundraiser, and donors to his project will be rewarded.

Unlike other crowd-sourced fundraising projects, because the Hellbreaker is legally a firearm, donors will not be shipped a lower for participating. However, donors of $50 or more will be given the right of first refusal—a chance to cut to the head of the line. This comes with your pick of serial number as well, between number 10 and 999. How cool would it be to have Hellbreaker number 556? Or 223, 300, 545… 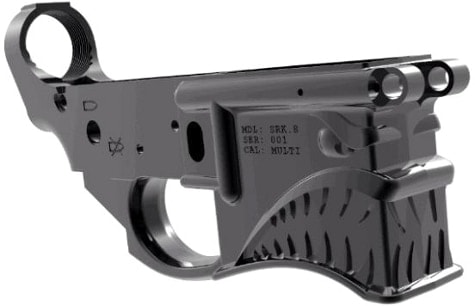 Anyone who pledges $100 or more will get their pick of a serial number as well as 10% off the final price. Sharps expects to be able to price the Hellbreaker at $290, which is high for even premium lowers, but then, how many look this original, besides perhaps Seekins’ Precision lower, priced at $250? 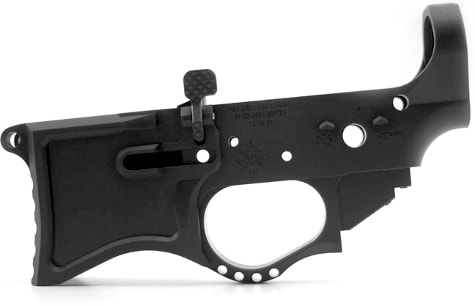 It is a common complaint that manufacturers are not making new rifles, and that every year at trade shows what we see is largely slightly-tweaked AR-pattern rifles, sometimes with some really clever furniture. The same can’t be said for the Hellbreaker, which proves that there’s a lot of room to grow in the AR market.

In the end, we expect to see this project bear out one way or another, as $6,500 isn’t an impossible hurdle. If you’re interested in the project and want to see more about it or wish to get in line for a Hellbreaker, check out their fundraising page right here.