On August 4, 66-year-old John Wise walked into Akron General hospital.  He went up to Room 3201 of the intensive care unit, where his 65-year-old wife Barbra had been staying for the past week.  He pulled out a handgun, put it against her left temple and pulled the trigger.

Despite shooting her directly in the head, she was alive.  She would live for an entire day before passing.

“Oh, she’s alive. How could she still be alive?” Dr. Michael Passero Jr. recalled Mr. Wise saying in the aftermath of the shooting, once security had entered the room and subdued the former steel worker. 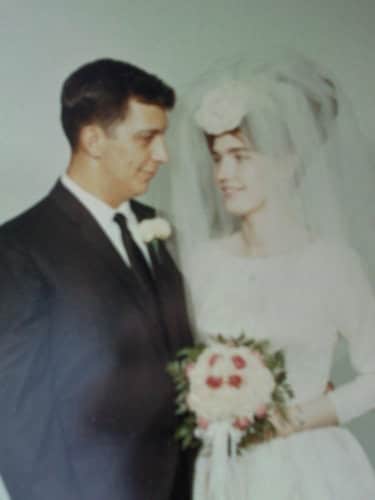 Police arrested Mr. Wise and charged him with aggravated murder.  He is being held on $1 million bond and faces a maximum sentence of life in prison without the possibility of parole.

But, in looking at the facts of the case, one has to ask himself/herself, was arresting and charging Mr. Wise with murder the morally right thing to do?

A week earlier, on July 28, Mr. Wise had found Mrs. Wise writhing on the bathroom floor.  She was vomiting and choking, having what appeared to be a seizure.  Mr. Wise called the paramedics who arrived on the scene.  He would find out later from doctors that his wife of 45 years had suffered a triple aneurysm.

After a few days at the hospital it became apparent that Barbra would never be the same person as she was prior to the aneurysm.  As such, Mr. Wise following a pledge that he made with his wife when they were younger, that neither one wanted to live out their remaining years bedridden or disabled, did what he thought his wife would have wanted.  He killed her.

“I guess the most succinct way I could put it is she could die at any time or she could linger for an unspecified period of time,” Mr. Wise’s Lawyer, Paul Adamson told the NY Times. “But it was not likely that she was ever going to recover to the point where she could care for herself.”

According to Mr. Adamson, the two had signed living wills several years ago when Mr. Wise faced his own health issues, bladder cancer and diabetes. “They both made it clear they did not want to be maintained on life support,” he said.

While the shooting remains a blur, Mr. Wise recalls visiting his wife earlier on the day of the shooting with their son.  He remembers seeing a tear roll down her cheek, something he couldn’t bear to watch, he told Mr. Adamson.

“She hadn’t verbalized anything, but I think it’s fair to say he felt for the first time he was making some connection with her, and what he saw was agony, desperation and pain,” Mr. Adamson said. “And he knew that he had to do something.”

Mr. Wise has no criminal record and no known history of violence.  And by all accounts, he really loved his wife.

“They were really friendly people, but they liked to be by themselves,” Mrs. Wise’s sister, Sandra Schafrath, told the New York Times.

Ms. Schafrath added that she never heard the two argue and that Mr. Wise was easygoing.

“They were in love, there’s no doubt,” she said. “She would say something funny and he would say, ‘Oh, Barbie.’ ”

A family friend believes that Wise may have buckled under the pressure of having to care for his wife, especially given his own health concerns.

“He never dreamed, given his history of medical problems, that this would happen to her before he’d go,” Terry Henderson told the Associated Press, adding that he believed Mr. Wise planned to take his own life after shooting Mrs. Wise.

One medical expert believes that’s certainly possible given the situation.

“If this man was dependent on his wife for care and basic well-being, and suddenly she’s gone, he’s going to feel very vulnerable, highly at risk,” Dr. Peter DeGolia, a physician specializing in care for the aging at University Hospitals Case Medical Center in Cleveland, told the AP.  “Older white males are the highest risk group for carrying out suicide plans.”

Doctor DeGolia added that this type of situation could be dealt with using social workers and hospice care for the terminally ill.

“There are lots of options,” he said, “aside from going and shooting them.”

What are your thoughts?  Was this a Mercy Killing or was it Murder?  Should Mr. Wise be charged with murder?  Should he serve time in prison?

UPDATE: On Friday, Mr. Wise pleaded “not guilty” to the charge of aggravated murder (for more on this, click here).