For all the small changes, advances and accessories in its history, the M4 carbine is fundamentally unchanged from the M16, a rifle that is well over fifty years old and first saw service with the U.S. military in 1963 (then as the  XM16E1). What has made the rifle last so long is its simplicity and versatility. With the addition of a Picatinny rail system, the Stoner rifle can be quickly and easily adapted with the most up-to-date technologies, staying as modern as modern can be.

The quad rail system championed by the AR-15/M16/M4 family of rifles has proven to be so successful that no present-day military small arm is designed without rails or the ability to attach them as an option. And it’s not just American small arms that have adapted the rail; the MIL-STD-1913 Picatinny rail is also the NATO STANAG 2324 rail—it’s even one major changes with the AK-12, the largest and most preeminent redesign of the AK-47 since its invention.

The Picatinny rail is iconic in the firearms world. It means that the weapon bearing them is a serious tool, meant to be used, abused, worked and run. And T.Worx wants to change it. 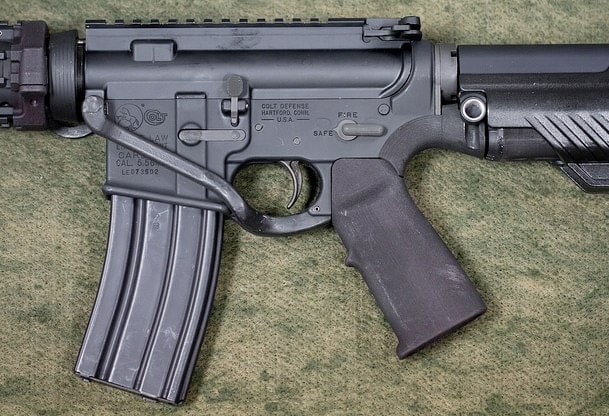 T.Works has been working on an idea that changes the Picatinny rail as much as the Picatinny rail changed the rifle. They’re powering it. They’ve worked out a design that adds a pair of small contact points to every slot of a carbine-length quad rail. These points are flush with the notches and don’t interfere with the rail’s function in any way. While devices will have to be designed or redesigned to take advantage of the rail, existing rail accessories will continue to work with the T.Worx rail.

In truth the idea isn’t original. Many companies have proposed similar as well as radically-different powered mounting systems before, and NATO has even set a standard for possible future designs to comply with. That being said, the T.Worx rail has a pretty solid leg up on other designs, chiefly in one regard. It’s a complete drop-in powered rail system for M4 carbines that mounts between the delta ring and the handguard retainer cap, no modifications necessary. And it’s a clever design on top of that.

You can take a T.Worx rail and drop it onto any AR-pattern rifle with a CAR buffer and gas system. T.Worx developed a new buttstock that houses a large battery of power cells slung underneath the buffer tube. An armored power cable runs through the pistol grip, replaces the trigger guard, and terminates in a ring that lights up the rails. The T.Worx rail doesn’t power the flattop rail, although adapters are in the works for popular optics to run off the quad rail while still attached to the upper receiver. A monolithic upper receiver is being considered as well. 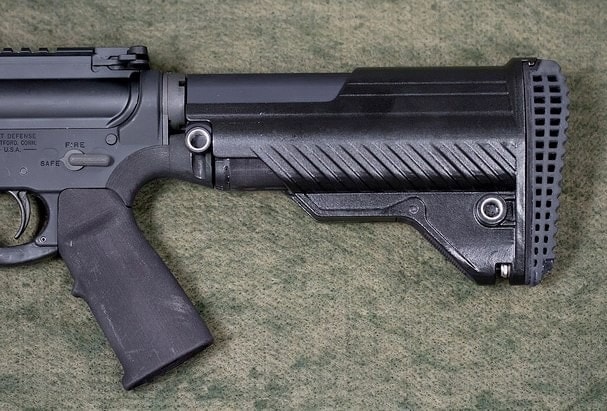 Placing the power system in the buttstock is one of the better ideas out there. This moves weight from the handguard, which will make the rifle faster and easier to point while reducing fatigue. Also the capacity is impressive. Using off-the-shelf batteries to make one large battery pack provides the rifle with quite a bit of power—depending on the choice of power cells, it would be possible for the T.Works rail to provide over 12,000 milliamp-hours of electricity. With a specialized power pack the T.Worx rail could have even more.

According to one of the project engineers, “There is a battery pack in the stock for our MIL design pictured. This is a quick-change cassette that holds either 6 or 12X AAs (L91s). The batteries are contained in a similar fashion as a thermal sight, with a protective carriage. To give an idea of power with 12 AAs (~10 ounces) you can run simultaneously a PAS-13 LWTS, Surefire M95 light, and a PEQ-15 on their highest/active settings for ~30 percent of your day before needing change. In other words, changing batteries is significantly mitigated over the duration of a 72-96 hour dismounted mission.”

The buttstock has a power meter that tells you when you’re running low. This allows the user to change the pack when doing so is tactically sound, a feature that is practically necessary when you’re replacing the power system of all the accessories simultaneously. The pack is still very easy to swap. The buttplate of the stock rotates open, the power pack is unlocked, and it pulls out like straight-pull bolt. Slamming another one in takes seconds.

The rail system does more than just provide power. It also has the capacity to transmit data through the contact points. This has all kinds of potential. Right now it is used with a four-button switch that can be used to turn on and off any devices attached to the rail, but it could be used to automatically place accessories into low-power modes or anything else future smart accessory programmers come up with. But most importantly, it’s used to identify which contact points are connected to accessories. Points that are not are not powered, meaning that the system is waterproof and not susceptible to parasitic loss while handling it.

The T.Worx rail is obviously intended for military use, and one of their first customers is expected to the the Army, but if they pull it off, we expect the T.Worx rail to be popular with every part of the armed forces not to mention a good swathe of the commercial market.