When is it acceptable to pull the trigger? People in Taylor, Michigan are asking themselves that question after a case of road rage left one man dead and another man under investigation.

But before we dive into the debate, let’s take a look at what started the controversy. According to witness reports, 42-year old Henry Enoch was riding his yellow 10-speed bicycle when he ignored a “Do Not Cross” signal and collided with a motorist.

Eyewitness Michelle Noffsinger recalled, “The pedestrian light was red. He wasn’t supposed to be crossing and ran into the side of the truck. He jumped up, he got up, and he ran around the front of the truck to the driver’s side and he just started pounding on this guy (through the open driver-side window). He hit him … maybe seven times or so, and then the driver shot him and he fell to the ground. It was just really crazy.” 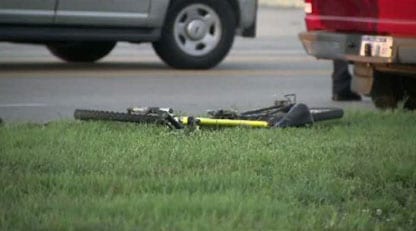 Enoch was later rushed to a hospital, but he passed away during the surgery.

That just goes to show you how things can go from normal to FUBAR in just a few seconds. Everyone can agree that it was an unfortunate situation, but it seems that Michiganders can’t see eye-to-eye over whether or not the gun owner was acting within the law.

Wayne County prosecutors are debating whether or not they want to charge 46-year-old Edward Meyers for shooting Enoch. Meyers did have a valid concealed pistol license — the only real question is whether or not he should have pulled the trigger.

Terry Johnson, a Michigan lawyer, concealed carry permit holder and firearms instructor, explained the state’s gun laws: “You should only use your firearm as a tool of last resort when you have to protect yourself from death, great bodily harm or criminal-sexual assault.”

Of course, that’s just a general guideline. Dozens of nuances affect the situation: “You can come up with a hundred-and-one different scenarios and one little thing can make a difference, ya know. Where the rounds landed? Were you truly fearing for your life? Lots of different things.”

So, let’s apply Johnson’s expertise to Meyers. Was he protecting himself from death? You could make that argument, but it would be surprising if the courts are willing to accept that Enoch was on the verge of killing Meyers. Was Meyers fearing criminal-sexual assault? Certainly not. Was he afraid of receiving great bodily harm? That looks like Meyers’ ticket out of jail. “Great bodily harm” is one of those fuzzy definitions that could conceivably include just about anything, and getting punched repeatedly seems like it would make the list.

There’s one thing that is worrisome, though. The fact that Meyers was sitting in a truck with a motor running could be his downfall. If this case ever makes it to a courtroom, we can already hear the prosecutor asking, “Why didn’t you just drive away or roll up your window?”

That sounds like one of those “little thing(s) that can make a difference” that Johnson mentioned. Was Meyers legitimately at risk of great bodily harm? Probably – it certainly looks like it. Did he have a couple of other options available to him besides shooting the guy? It kinda looks that way. The question of whether Meyers spends the next 20 years sleeping in his bedroom or a prison cell might hinge on why Meyers didn’t just hit the gas pedal. 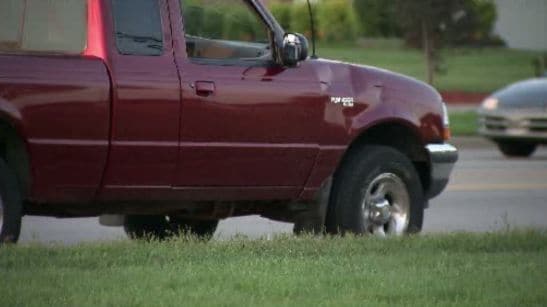 In Meyers’ defense, hopefully the judge is willing to accept douchiness as evidence. That’s not a technical legal term or anything, but Enoch wasn’t exactly acting like a good neighbor at the time of the shooting. It’s certainly regrettable that he died and no one is saying that jerks deserve to be shot, but Enoch was being just plain-ol’ mean. He ignored the crosswalk (so the collision was his fault), but instead of apologizing for messing up he decided to go knock the teeth out of the innocent driver. Could that be a “little thing that can make a difference” that swings in Meyers’ favor?

This is a tricky case because the extenuating circumstances can swing either way.

What do our readers think? Should Meyers have pulled the trigger or was he being overzealous when he could have just driven off and phoned police? Is this shooting completely justified, or do those tricky details give the prosecution a solid case?