'Buy Her a Diamond, Get a Free Hunting Rifle' 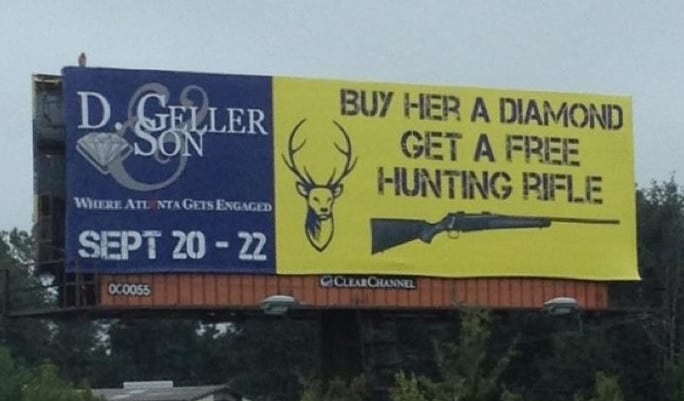 Motorists along I-75 in Atlanta will spot this new billboard:

It’s a clever marketing gimmick. At the very least, it’s sure to catch motorist’s attention and spark conversation about the unorthodox deal. It also might just be the excuse some husbands and boyfriends need to cut a fat check and give their significant others a spontaneous gift.

It reminds us of that old chestnut: “Happy wife, happy life.” We’d have to agree, but having a new rifle to play with certainly wouldn’t hurt.

Mike Geller of D. Geller and Sons explained that the new deal should make the experience of buying thousands of dollars’ worth of diamonds feel less like pulling teeth. “Things are tough everywhere,” he said, “but what we’ve come to over the last few years is, if you want to stand out you have to make it fun.”

He makes a good point. After all, when was the last time you had to pick the right karat and the right caliber all in the same purchase?

As you might expect, the deal comes with a few catches. The offer is only available from Sept. 20-22, and a customer must buy at least $2,499 worth of diamonds in order to get the $430 Thompson/Center hunting rifle from Adventure Outdoors.

That’s a lot of money, but one thing to keep in mind is that you’re not just buying a shiny rock – you’re buying brownie points. Show up with one of these sparkling beauties and even the most anti-gun wives will overlook the new rifle that just so happens to be part of the package deal. 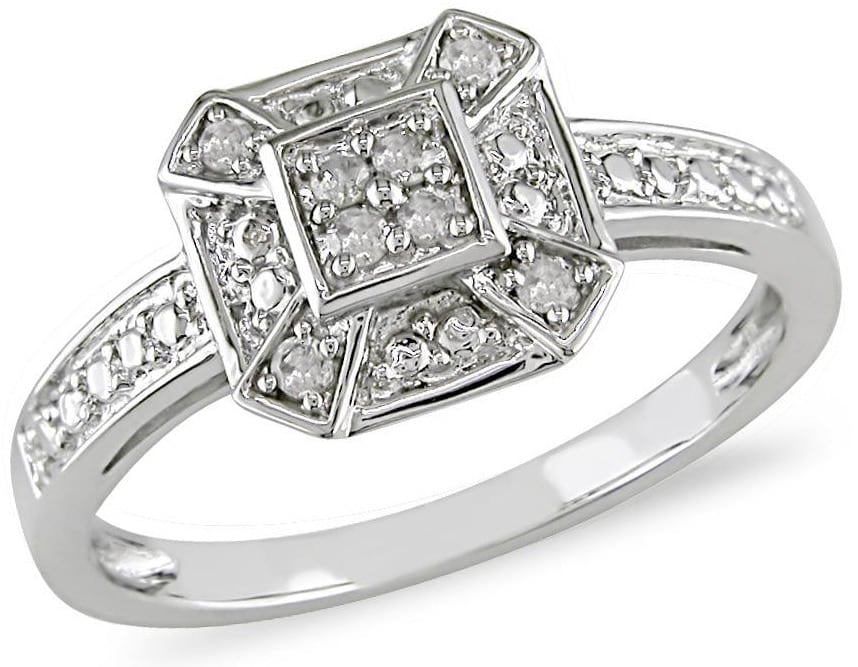 The billboard is obviously directed at men in relationships, but we shouldn’t overlook another possible demographic. We’re certain that there are plenty of gun-loving gals out there who might be tempted to buy themselves some bling-bling and get a new toy while they’re at it.

You know, this marketing gimmick makes us think that this could potentially be an untapped opportunity for gun rights advocates. The gun world kind of suffers from a problem – people tend to either love or hate firearms. It’s rare that you come across somebody who has a wishy-washy stance.

The problem is that people who are turned off by the idea of guns probably won’t have much exposure to them. It’s kind of an endless cycle: people are afraid of guns so they stay away from them, but people fear what they don’t understand so avoiding guns just makes the fear even worse.

Including guns in some sort of package deal could be an interesting way to insert firearms into the lives of people who would otherwise never pick up a gun. A lifetime gun control advocate might get a free gun as part of a jewelry or automobile purchase and realize that, actually, they’re not all that bad.