To be fair to New York City Mayor Michael Bloomberg and Sen. Chuck Schumer, it’s a fair question: which candidate is better on gun control?

In the past, Bloomberg has said they are virtually the same person on the issue of gun control.  That is, neither has the temerity to confront the issue head-on and enact real gun control reform.

When, for example, Bloomberg was interviewed early last month following the mass shootings in Colorado and Wisconsin, he said, “Still, the two presidential candidates have not given the American public a plan to keep guns out of the hands of dangerous people.” 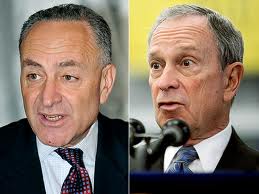 This week, in an interview with the Washington Post, Sen. Schumer criticized Bloomberg for propping up this “false equivalency” between the two candidates on gun control.

“I disagree with Mayor Bloomberg, and I thought that was unfair,” Mr. Schumer told the Post in regards to the Mayor’s comments. “Because basically Barack Obama espouses the policies the mayor agrees with or supports. Whereas Romney has opposed.”

Well, today, Bloomberg responded and said that Sen. Schumer was “just wrong” in his assessment that Obama is the preferred choice on the issue.

“The disgrace is once they get into office, then they don’t do anything,” he told the Post. “Guns, I’ve been riling against guns. But neither presidential candidate has said what they’ll do. I saw Senator Schumer–who I agree with on an awful lot of things, but in this case I think he’s just wrong–he says, ‘Obama’s a lot better on guns than Romney.’”

Bloomberg insinuated that Romney might actually be the bigger proponent of gun regulation, citing his political history.

“Romney, at least, when he was governor of Massachusetts, passed a bill banning assault weapons,” Bloomberg said.

“Now today’s he’s on the other side of it. The president of the United States, Barack Obama, when he campaigned four years ago, campaigned and said he would get a bill passed and never did anything,” he added.  Neither of them have been willing to stand up, neither the Democrats nor the Republicans.”

Putting aside the NRA’s narrative about the Obama Administration, which certainly has elements of truth (i.e. the most existential threat Obama poses to the 2nd Amendment is the possibility that he’ll appoint more pro-gun control Justices to the Supreme Court), and looking just at the candidates themselves, I think Bloomberg may have a point that Obama and Romney are effectively the same when it comes to gun control. 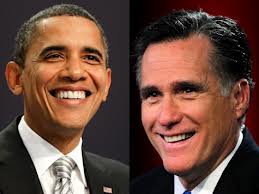 To be honest, I think they could both take it or leave it, so long as they get elected.  Obama, while he certainly leans toward the pro-gun control agenda, knows the political risk of championing gun regulation, which is why he’s pussyfooted around the issue over the past four years.

In his second term, will he make great strides to pass gun control at the risk of further disenfranchising a large percentage of the public, aka gun owners?  Maybe, maybe not – but I suppose the larger question is, do you really want to find out?

As for Romney, there’s little doubt  in my mind that he’d sell out gun owners in a heartbeat if it assured him the oval office.  That is because Romney doesn’t think in terms of principle, he thinks in terms of political pragmatism, which at the end of the day makes him no better than Obama on this issue.

Thankfully, gun owners don’t really have to worry about Romney throwing gun owners under the bus because (a) the GOP base in Congress and the NRA would never allow that to happen and (b) Paul Ryan, an enthusiastic hunter and 2nd Amendment supporter, would stop him (I hope).

But, on some level, Bloomberg’s right.  They are the same.  They only care about gun control when it serves their political interests (which is rare considering how the majority of people support the 2nd Amendment).  In short, they’re both politicians through and through (although Obama may have certain unwavering convictions about sharing the wealth, etc.).

Do you agree that Romney and Obama are effectively the same when it comes to gun control?  Or is there something more to Obama’s personal agenda (again, I don’t dismiss the NRA narrative on the Obama Administration, however, I do think it’s slightly overstated)?