Magpul, whose name is practically eponymous with “AR-15 accessories” has been developing highly-anticipated furniture for Remington’s 870 pump-action shotguns. This new furniture carries over with it some of the function of their MOE line of rifle accessories and of course Magpul’s reputation for outrageous durability.

The addition of 870 accessories to their catalog makes a lot of sense. Remington has made over 10 million of these shotguns in various shapes and sizes, and they are department- and military-issue around the world. The 870 is one of the most common shotguns on the planet, and befitting of Magpul parts.

The first two 870 accessories available are a stylized buttstock and MOE-ready forend. While the buttstock is adjustable for length and will accommodate other accessories in the future, including additional sling mounts and cheek risers, they’re not quite available yet. The handguard, however, will accept all MOE accessories, including rails and vertical grips.

In addition to sling mounts and cheekrisers, Magpul is working on an adapter that lets you use 870-standard buttpads with their stock and a forward sling mount that attaches to the barrel and magazine tube, doing double duty as a barrel clamp. The buttstock we expect will have its naysayers based on its looks alone—it’s pretty different—but the forend is very compelling. 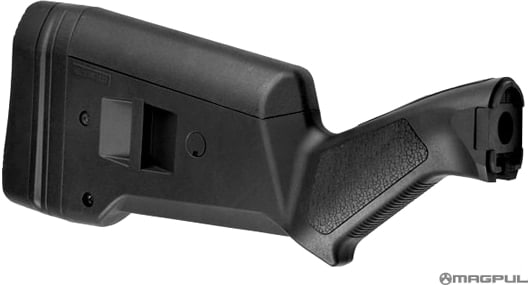 Magpul lists the price of the forend at $30 and the buttstock at $110. Both are now available in stores, usually for a bit less than that. Right now, the furniture is available in black, but in the future Magpul will also manufacture it in blaze orange for outdoorsmen.

The other sneaky announcement from Magpul involves their MOE series of rifle accessories. It’s small but we expect it to have a dramatic affect on the consumer public. 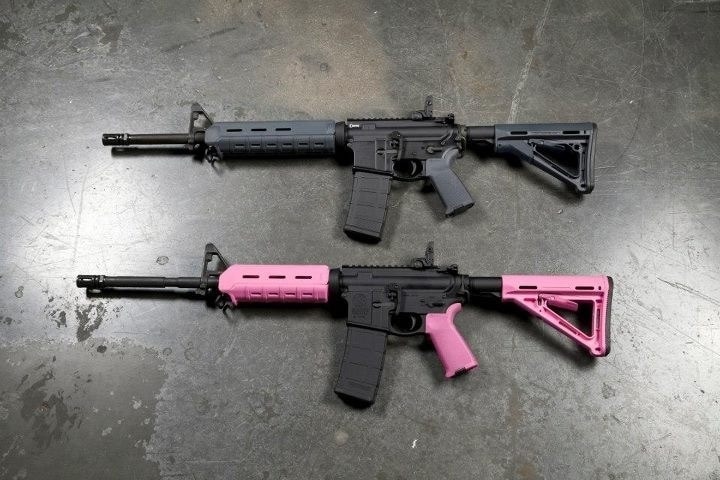 Magpul will be adding two new colors, “Stealth Gray,” a light charcoal finish and pink. Just regular pink. Stealth Gray will become a standard option for Magpul furniture, but pink will be a limited run, so when it comes out, get ready to buy. We don’t expect it to cost any more than regular Magpul stuff, but demand might drive up the price a bit.

These new colors remind us of the exclusive “Urban Dark Earth” furniture set made for LaRue Tactical. Well, not the pink so much but definitely the gray. 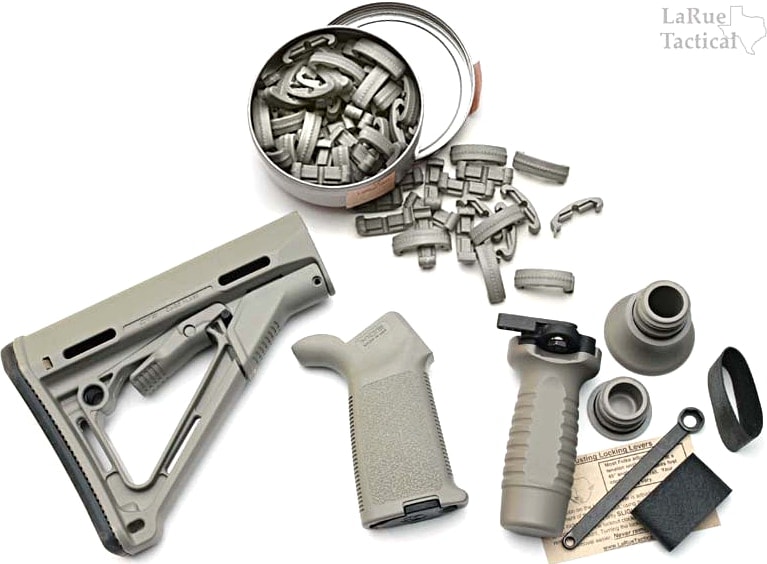 There is one last thing to wonder about: when is Remington going to introduce a 870s with factory-installed Magpul furniture? That seems like a no-brainer.